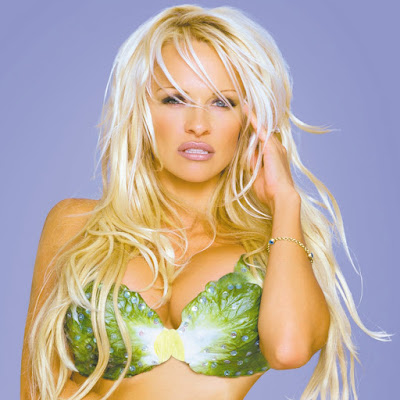 When you think of a celebrity vegan and animal rights ambassador, it's likely that Pamela Anderson is the first person that comes to mind. She maybe most famous for her Baywatch days and numerous Playboy magazine covers, but these days it's being a down to earth mother of two boys that really counts.

Did you know Pamela has actually appeared on the cover of Playboy more times than anyone else - her first cover was back in 1989! This sassy 45 year old is uses her fame to make a positive change as one of the world's leading animal-rights ambassadors. Pamela's inner beauty, her vegan lifestyle and endless devotion to animal-rights makes truly beautiful. 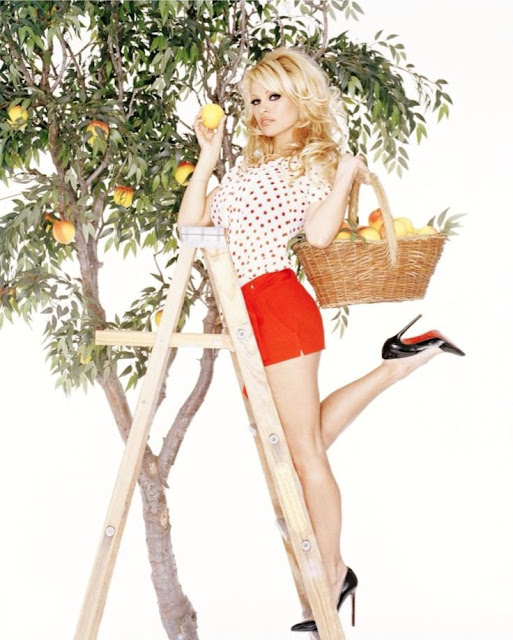 This former Baywatch babe uses her sultry sex appeal to grab your attention in her various PETA (People for the Ethical Treatment of Animals) campaigns. Her most popular PETA ad promotes Vegetarianism. Pamela became a vegetarian in her early teen and says "Eating vegetarian helps me stay slim and healthy, and it gives me the energy to keep up with my kids, work and travel."   ~ Pamela 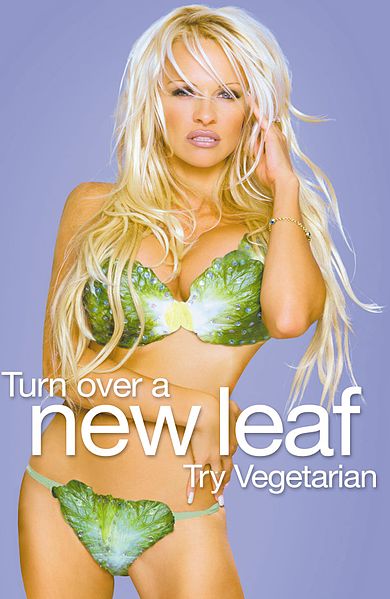 As an adult Pamela became a Vegan and in 2010 she launched her Millions of Milkshakes Vegan Shake made with vegan ice cream, pineapple, coconut and banana. (Yum!) 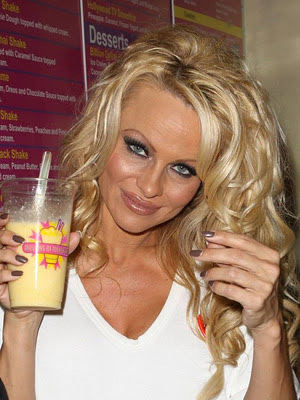 In 2003 Pamela participated in PETA's anti fur campaign being one of the first celebrities to appear in their famous "I'd Rather Go Naked Than Wear Fur" advertising campaign.

"It's terrible because people see stars like JLo and Beyonce wearing fur and they don't think about the cruelty that goes into it."

Pamela joined forces with PETA once again in 2006 to campaign against Canada's annual seal slaughter. This Canadian born blonde posed in a Save the Seals t-shirt for PETA's advertising campaign to help bring awareness to this shameful slaughter. 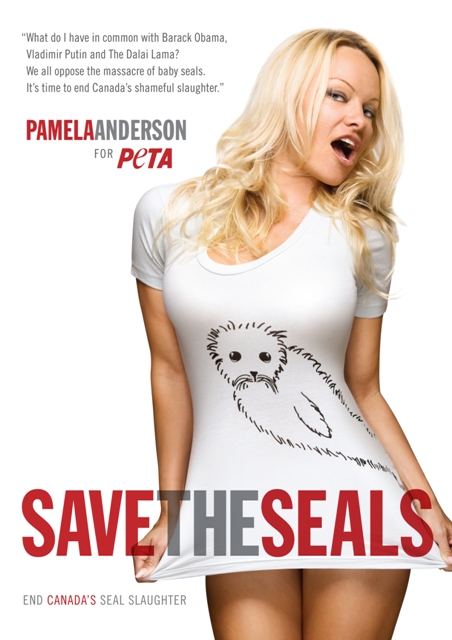 Ms Anderson partnered with M.A.C Cosmetics becoming an official spokeswomen in 2005 for their MAC Aids Fund. Appearing in their Viva Glam campaign with 100% of the proceeds going to help people affected by HIV and AIDS. 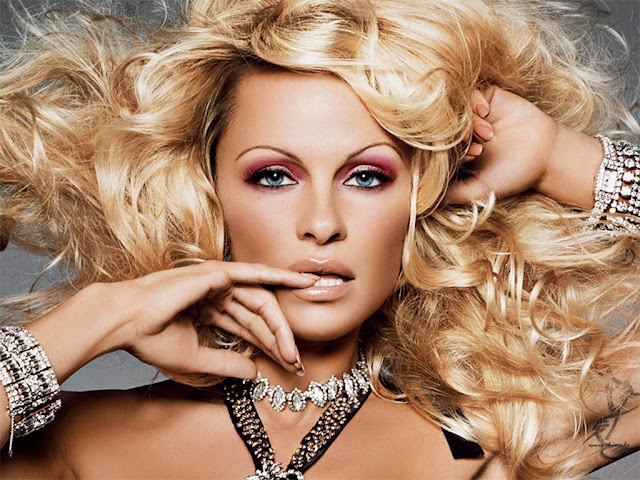 Most recently she appeared once again as a contestant on America's Dancing with the Stars. She also appeared on Big Brother including three days in the Australian Big Brother house back in 2008.  And who could forget those sexy "V.I.P" days as glamorous Vallery Irons. She began her TV days as the sexy Tool Time chick on Home Improvement.

From Playboy centrefold to Vegan to PETA Ambassador to yummy mummy. Pamela's most devoted role is Motherhood and being a positive role model for her two boys.

Whether she is protesting with PETA, gracing the cover of a magazine or encourage us to support one of her worthwhile causes, Pamela Anderson is a positive, caring Eco Angel. We love her sexy and sassy approach to life! 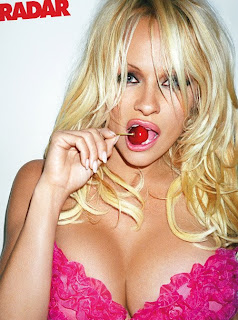 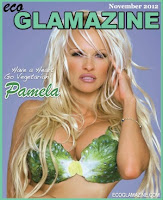 This cover article is featured in Eco Glamazine November 2012.
Posted by Lauren Day at 12:58 AM