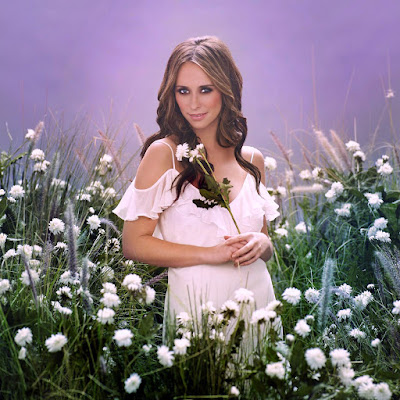 Actress, Singer and Mother Jennifer Love Hewitt is our featured Eco Angel for February 2019. This month Jennifer turns forty and to celebrate we're looking back at her iconic Hollywood career.

Best known for her role as Sarah in Party of Five, Jennifer Love Hewitt has been acting for 3 decades. She made her TV debut in Disney's Kids Incorporated in 1989 as a backup singer. In the early 90's Jennifer kick started her movie career acting in such films as House Arrest, Trojan War and Sister Act 2. But it wasn't until her breakout role in the 1997 teen horror flick I know What You Did Last Summer that Jennifer became a household name. A lead role in the teen comedy Can't Hardly Wait followed along with the 1998 sequel I Still Know What You Did Last Summer.

In the late 90's Jennifer starred as Sarah Reeves in the FOX family drama Party of Five. Along side teen Scream queen Neve Campbell, Jennifer spent five seasons playing sweet and sassy Sarah on the beloved drama series from 1995 to 1999.

Although Jennifer is most known for acting, she also loved to sing! During her spent time filming Party of Five Jennifer was a recording artist signed to Atlantic Records and released 3 studio albums; Let's Go Bang (1995) Jennifer Love Hewitt (1996) and BareNaked (2002).

After her role on Party of Five, Jennifer was cast as the iconic Audrey Hepburn in the TV movie The Audrey Hepburn Story. In 2001 Jennifer starred along side Sigourney Weaver in the comedy Heartbreakers. The following year she landed the role of smart scientist Del Blaine in the Jackie Chan action comedy Tuxedo.


When Jennifer turned 26 she returned to TV with her lead role in the Emmy nominated series Ghost Whisperer. With five seasons on the show from 2005 to 2010, her character Melinda Gordon, a spiritual medium who communicates with the dead is one of Hewitt's most memorable TV characters.

When it comes to things that go bump in the night, Jennifer is an uber-believer.

Jennifer: "There are people that are working on this show who don't believe, and then there's me who's like an uber-believer. I'm a believer. I've had a couple (of experiences) that have made me believe. I'm sort of a control freak and for me death is a concept that's always been very difficult. Now I'm like, 'Wait a minute, I go on (in the spirit world)'. If there really is a different adventure afterwards, then that is a lovely thought."

Two months after the final episode of Ghost Whisperer aired, Jennifer was already back on TV starring in the sexy and scandalous Lifetime TV movie The Client List.

With the success of this film, The Client List became a TV series with two seasons airing on Lifetime Network. Along with her lead role, Hewitt also served as Executive Producer on the show from 2012 to 2013 and even directed the season finale.

Jennifer: "We had joked around, when we were doing the movie, about how fun it would be to turn this into a series and really get in deeper with the lives of the women in the spa and everything. So, when the movie did really well, I talked it over with everybody and said, "Let's pitch it and see what they think," and here we are."


Female empowerment drew Love Hewitt to her role as Riley Parks in The Client List.


Jennifer: "I just thought it was really interesting, even with the movie. I think it's interesting to create empowerment in a woman, who essentially could feel powerless and who could find herself in danger and could look at the situation she's in, if she wanted to, as not very empowering. This is actually very powerful. She's making decisions and she's making them consciously, and she's growing sexually, emotionally, physically and mentally, in this job. She's connecting, in a real, human way... I was really interested in that. I just thought that that was really cool, and a neat message to send out."

Jennifer met her husband, actor Brian Hallisay on the set of The Client List. In June 2013 Jennifer and Brian announced their engagement and were secretly married later that year. The couple welcomed their first child, Autumn James on November 26th, 2013.

Jennifer: "I've always wanted to be a mom. I had a great relationship with mine. I'm ready to pass on to my child all the great love that my mom had for me."

Jennifer balanced motherhood with acting starring in 23 episodes of the TV crime drama Criminal Minds from 2014 to 2015.

19 months after Autumn was born, Jennifer and Brian welcomed Atticus James. Their baby boy arrived on June 24th 2015 with Jennifer describing her 2nd pregnancy as 'magical'.

Jennifer: "I'm grateful. It's not lost on me what a gift it is to be able to get pregnant."

Jennifer took a break from acting when her son arrived to focus on family.

Jennifer: "I needed to take time off so I could enjoy being a kid with my kids and it's been really fun to do that. I feel like my kids make me better. They make you have to be a better person everyday. Everything becomes very clear. Anything that you thought was dramatic before, or really mattered before your kids, just doesn't when you have them."


After her break from acting to raise her two children, last year Jennifer joined the cast for season 2 of the heart pounding FOX drama 9-1-1. Hewitt will reprise her role as 9-1-1 call centre operator Maddie Kendall when Season 2 continues with exciting and intense new episodes in 2019.


Jennifer: "I really enjoyed the break, and I feel like now, the last few months, have gone back  into acting, it's really done a beautiful thing for me in that it's made everything that I do in my acting/entertainment life not less important but less like, "It's everything all the time," like it used to be. I also feel like I have new things to pull from as an actress that I didn't have before."


Brian Hallisay played Jennifer's husband on The Client List and this year the two will celebrate their 6th wedding anniversary. In 2019 the couple will co-star once again when Brian guest stars on two upcoming episodes of 9-1-1.

Jennifer: "It was just lovely to go to work together... We both had never been able to play characters like this in our careers, these characters with dark, twisted things to them. And, so, that's been really fun for us. I've been really proud of him because I had no idea he is so creepy. It's been really nice to have him there."

Jennifer grew up on TV! From her television debut on Kids Incorporated in 1989 to Party of Five in 1995. Jennifer is the golden girl of drama TV. From Ghost Whisperer to The Client List, Criminal Minds to 9-1-1, her 30 year career has established Jennifer Love Hewitt as a Hollywood TV icon! 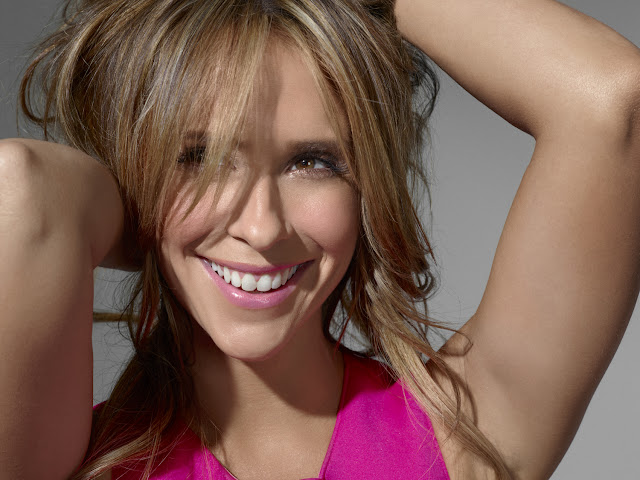 Jennifer Love Hewitt gets our heart racing, when 9-1-1 returns to channel 7 on Monday April 22nd. 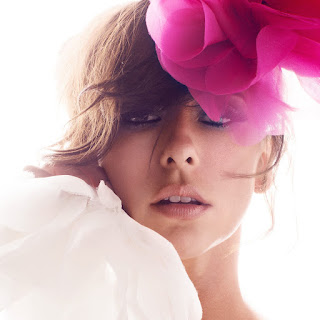 This cover story is featured in Eco Glamazine February 2019 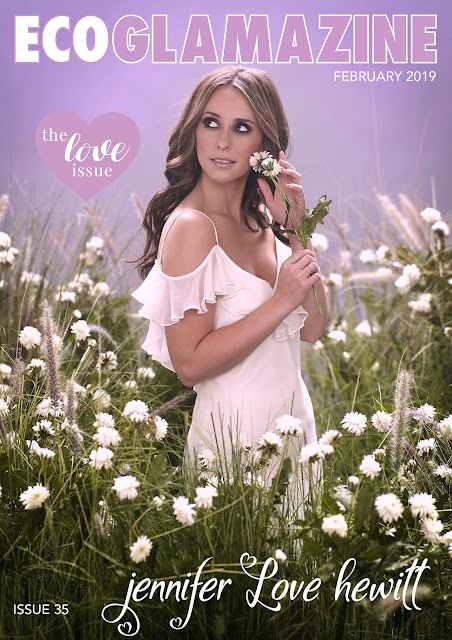