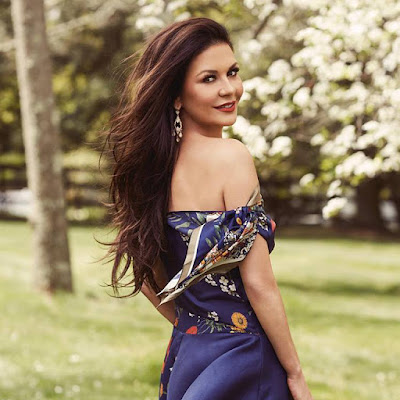 Hollywood starlet Catherine Zeta Jones is our featured Eco Angel for April / May 2019. This April Catherine is back on QVC launching the new Casa Zeta-Jones Spring collection.

Born in Wales, Catherine's career began at a young age, on stage in musical theatre. In 1991 she was cast as Marietta in the delightful English television series The Darling Buds of May. The popular British TV show about a family living in the countryside during the 1950's showcased her natural beauty and on screen presence giving her international recognition.

Catherine: "Literally, with one hour of television my life completely changed. I couldn't go anywhere."

Hollywood was calling and a few years later Zeta-Jones made her American film debut alongside Ewan McGregor in the 1995 movie Blue Juice. Followed by the lead role in the TV biopic Catherine the Great where she portrayed the iconic German Princess.


3 years later Catherine's breakout role came when she landed the role of Elena alongside Antonio Banderas in the action adventure The Mask of Zorro.

Catherine: "After Zorro, people spoke Spanish to me for ages. I'm Welsh but that movie instantly gave me a new ethnicity."

In 1999 Zeta-Jones co-starred with Sean Connery in the heist film Entrapment. Catherine's captivating role as ambitious insurance agent Virginia "Gin" Baker is one of her most iconic.

Catherine: "What attracts me to the role was a wonderful sense of adventure. It was the multifaceted character in her that I love more than anything. She's a great athlete, she's very smart, and the idea of that as well as working with Sean, it was great."

Following the box office success of Entrapment, she was cast in Steven Soderbergh's film Traffic. Catherine was pregnant during filming and the movie also starred her husband, actor Michael Douglas.

In 2005, ten years after her Hollywood movie debut, Catherine reprised her role as Elena in The Legend of Zorro, reuniting with Antonio Banderas in the swashbuckling sequel to the 1998 film The Mask of Zorro.

No matter the role, there's no denying her characters are always glamorous. Catherine brings a certain sophistication and strength to every film.

Catherine: "Being glamorous is about strength and confidence. It's black and white - dramatic. You have to be strong."

It was this elegance, sophistication and style that landed Catherine as the new face of Elizabeth Arden in 2002. Jones featured in the company's various skincare, makeup and fragrance campaigns including Red Door, Green Tea and Provocative Woman.

Catherine: "I have read masses about Elizabeth Arden. She was a visionary, and I am proud to be a part of the company she created. As Miss Arden said, 'to be beautiful and natural is the birthright of every woman', and I wholeheartedly agree with her philosophy and dare I say, conviction to her dream."

In her late thirties Catherine starred in two romantic comedies set in New York city. The first was No Reservations, co-starring Aaron Eckhart in 2007 and the second was The Rebound with Justin Bartha in 2009.

Both movies Catherine played a motherly role which reflected her real life role as devoted mother. 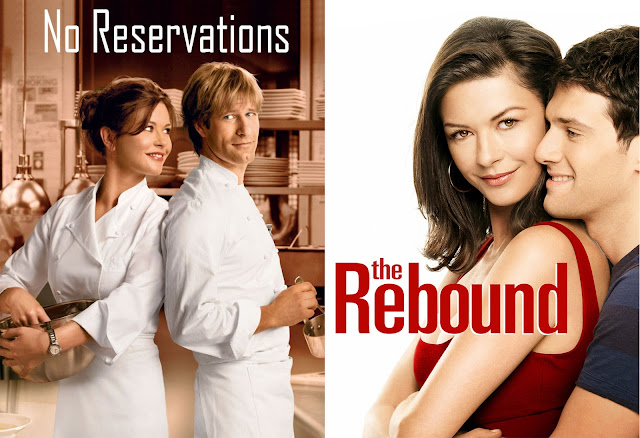 Twenty film credits later, Catherine turned forty and in 2009, the multi-award winning actress took a break from acting to focus on family.

Catherine is married to Academy Award winning actor Michael Douglas. Despite the 25 year age gap, the pair were married in November 2000, and have 2 children Dylan Michael Douglas and Carys Zeta Douglas. This year the happy couple will celebrate their 19th wedding anniversary.

Catherine: "Yes, I was in love with my husband at first sight and still am. We have the most solid relationship."


"My family is just the best. My husband and my children are really the joys of my life."
Catherine Zeta-Jones


In 2017 Catherine added Home Décor Designer to her resume, with the launch of her own luxury homewares line Casa Zeta-Jones at QVC.

Catherine: "Casa Zeta-Jones is a passion project that's been a long time in the making. I've loved the art of design and interior decorating all my life. Creating a home and lifestyle brand has been a dream of mine, and now I get to share it with everyone at QVC. Beautiful elegant and affordable while never sacrificing luxury and style - that's Casa Zeta-Jones."


"Creating a home and lifestyle brand has been a dream of mine."
Catherine Zeta Jones

Catherine: "The importance of textures, colours, and fabric was instilled in me by my mother who was a seamstress.... Our home was always a beautiful and welcoming place. I want Casa Zeta-Jones to inspire people to transform their homes into a place they love and will want to welcome friends and family through their doors throughout the year."


This month Catherine returns to QVC to launch her new Spring collection.

Catherine: "Travelling and experiencing all kinds of décor, working on films with the best set decorators in the world, and my family background have taught me how to create any kind of ambience, be it romantic, classic, luxurious, or modern."

20 years after portraying a Princess in Catherine The Great, Zeta-Jones was honoured with Queen status, starring in the 2018 series Queen America.

The new Facebook Watch original series debuted on November 18th with Catherine in the lead role of infamous, Vicki Ellis. This dark comedy set in Tulsa, Oklahoma tells the tale of the most renowned and ruthless beauty pageant coach.


"After all, it's Vicki's world, everyone else is just living in it."
Catherine Zeta-Jones

Catherine: "I relate to her because I'm from Wales. It's really hard to explain what a tiny place I'm from. I remember having an underlying ambition, which for many years I had to hide. I say in the show, "No one likes a pretty girl who expect big things to happen to her." I was that girl, and so I understand the struggle and the work to make better or to give yourself the best shot. So I completely relate to that."


From Hollywood starlet to housewife to home décor designer, Catherine Zeta Jones is one incredible multi-talented woman. An amazing actress who's ability to captivate audiences on screen empowers women to be sexy and confident. Her timeless and sophisticated style is now available for you to decorate your space and create a luxurious, modern home you'll love.

This cover story is featured in Eco Glamazine April / May 2019. 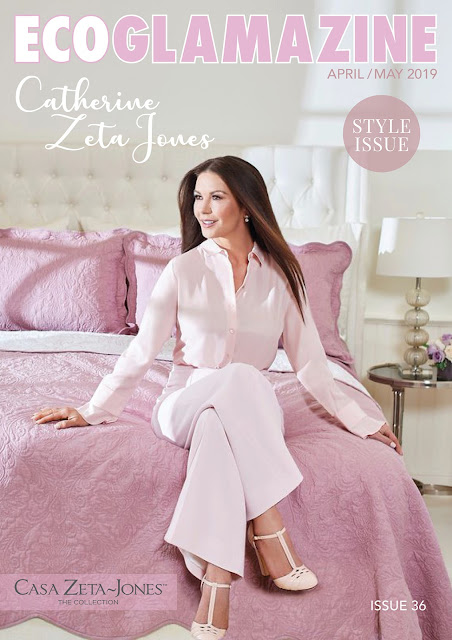