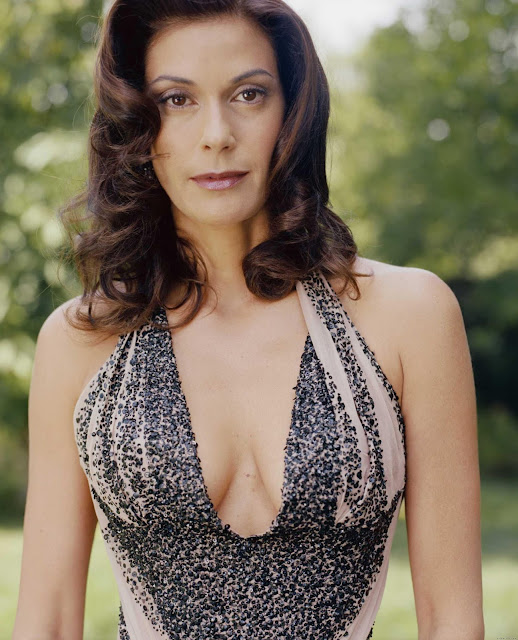 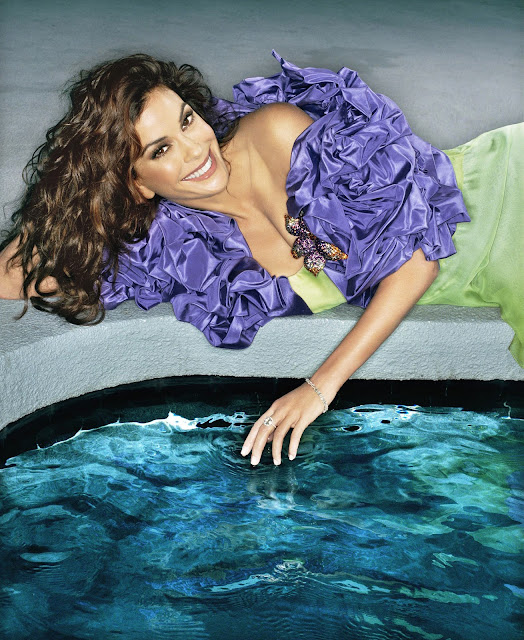 Dean Cain and Teri Hatcher graced the silver screen from 1993 to 1997 as the dynamic duo Lois & Clark. This month we celebrate the 26th anniversary of Lois & Clark: The New Adventures of Superman. The television series premiered on ABC on September 12th, 1993 with the memorable pilot episode where Lois Lane meets the mild-mannered reporter Clark Kent for the first time at the Daily Planet.

As the lead character Lois Lane, Teri Hatcher received top billing in 1993 during a time when Hollywood was heavily male dominated.

Teri: "The idea of Lois and Clark: The New Adventures of Superman, what it meant to me was, not the billing order, but what they were gonna put first and foremost was the romance of the relationship. The relationship between Lois and Clark and Lois and Superman, so I thought that was an exciting new way to tell the story, as apposed to usually told through the adventures, you know, the fighting and saving the world and all of that. This was putting the relationship first and I thought that was really exciting and I think at the time that's what audiences responded to."

Every episode of the show was lead by Lois and her fierce and fearless "don't mess with me I'm Lois Lane" attitude. The result of feminine energy from the show's female writer and producer Deborah Joy LeVine, which contributed greatly to the success of the show, which was loved by so many.


Dean Cain: "I think Lois Lane drove the show. I still think Teri is the greatest Lois Lane of all time."


Teri & Dean shared four seasons together on screen in the 90's as the ultimate super couple Lois & Clark. After her iconic role of Lois Lane came to an end in 1997 - Teri took a break from acting to start a family and raise her daughter.

Teri: "I knew there was no way I wanted to be on a television show schedule while I was raising my child, so that was like a good four years."

When Teri was ready to return, a television script came along and she auditioned for a new show called Desperate Housewives. Teri went on to star as Susan Mayer in every episode of Desperate Housewives from 2004 to 2012. The provocative show lasted 8 seasons and centred around five female friends living in the suburbs and their seductive secrets. Teri co-starred with fellow Hollywood actresses including Eva Longoria, Marcia Cross and Felicity Hoffman.

Kryptonite Queen.  After her iconic role playing Lois Lane, Teri Hatcher returned to the realm of DC Comics with a cameo as Ella Lane in Smallville in 2010 and as a special guest star in Supergirl as Rhea - Queen of Daxam. Dean Cain also guest starred on Season 2 of Supergirl, however the pair didn't share any scenes together.

Teri: "The biggest reason that I did it [Supergirl] in the first place, there is nothing like the fans of Lois and Clark and they are so devout and so loyal and I knew they would get the biggest kick out of me showing up in that genre, so that was first and foremost why I did it.  And secondly getting to play the most evil person in the world and not just a person because she was an alien it was really fun as an actress... because I could be as evil as I wanted to be and I had never really done that before so that was really fun."


The Next Adventure.
In July 2018 Teri channeled her inner Lois Lane, slipping into her signature grey suit jacket and matching pencil skirt to delight fans at Comic Con.

Ever since the finale on June 14, 1997, Lois & Clark fans have been keen for the perfect pair to reunite in a reboot of the popular tv series.

Teri Hatcher and Dean Cain reunited last October, appearing together onstage at the Lois & Clark 25th Anniversary Reunion during New York Comic Con on October 5th, 2018. During the panel both actors expressed their interest to reprise their iconic roles.

Dean Cain: "I think it [Lois & Clark] needs more than an episode. I would love to see what Lois & Clark are up to 25 years later. I think that'd be amazing. The possibilities are endless. I know I'd love to do it and if I could have my Lois Lane then I'd be very very happy."

Teri Hatcher: "You can have me."

Cooking up a storm.
Teri brings her effortlessly chic on-screen charm and charisma into her new role cooking up a storm on her new Youtube channel Hatching change. Teri joins a wave of Hollywood Starlets making moves on Youtube, revealing behind the scenes of their real lives for the first time to a younger generation of new viewers.

Teri's new Youtube channel combines motivational stories with making meals. Hatching Change features Teri's easy to follow cooking how-to videos, with clever One Pan for One Person meals you can whip up at home. From Teri's home cooking cam to her retro camper van, follow Teri's journey as she travels America interviewing inspiring people inside her green and white van.

Teri: "Welcome to my official Youtube channel Hatching Change. Together we are making positive changes in your life, your health, and your attitude. Join me every Saturday for new videos aimed to help you eat better, feel better, and live better. Life is a journey. Let's take the ride together."


From Chopped to Cooking Cam, Teri's approach to health eating is driven by her philosophy to not eat "shit from a box".

Teri: "Food-wise, I think the easiest thing is really just - and it's not that genius - but it's: eat real good. Eat whole foods. The further you stay away from processed anything, I think it's better and you don't have to make it much more complicated than that."


Life is a journey.
Teri launched her new Van Therapy video series on Youtube in January 2018 to start the conversation with everyday people about life and relationships inside her vintage VW van. Van Therapy combines Teri's wisdom with inspiring stories in a safe nostalgic style environment, in the hopes to enlighten audiences about the real life topics of today.

Teri: "I have this drive to just want to talk to people. In just a quaint, little safe place where people could just vent what they were feeling about."

Teri: "Part of why I'm doing this is that I just feel the last year has been really crazy in our society and my little part of wanting to do something was just to communicate with people and give people a place to like vent and sort of share their thoughts and maybe not feel alone."

Teri's original 20 year old VW van that she used to go camping in, up and down the California coast with her family, is now the stage for her Van Therapy video series.

Teri: "One of the things I like about this car is that it only goes 40 miles an hour up a hill and so it really is a metaphor for just slowing down and enjoying where you are,  recognising that you're doing the best you can. And I think that should be on a bumper sticker for life." 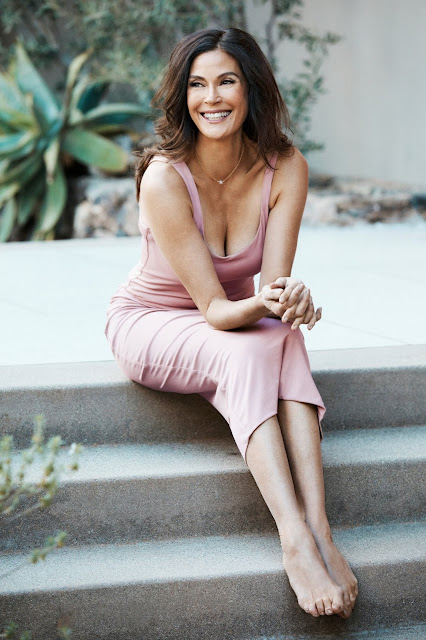 Hatching change.
Ms Hatcher turns 55 this December, but she's not slowing down! This Hollywood mum is sharing ideas to bring joy, good health, and laughter into the lives of others as well as her own.


Teri: "I still am like a thirty-five at heart if not younger. I think my advice on staying youthful as you age, is that you continue to be in touch with your joy and don't fall out of step with your joy."


Last November Teri teamed up with her daughter Emerson Tenney to run the New York City Marathon side by side on behalf of Save The Children charity. They worked with TrainingMate founder Luke Milton, hatching change to make a positive impact on their physical activity and improve their mental health.

Teri: "When you're over 50 - and I think this should be the way it is no matter what age you are - I think it's actually easier when you're older to be less lured into feeling like you have to define yourself by how you look in a bikini."

Teri Hatcher embodies the true essence of hatching change - an intelligent, insightful and inspirational woman with decades of wisdom to share and simply the perfect choice to grace the cover of our special 8th Anniversary issue. 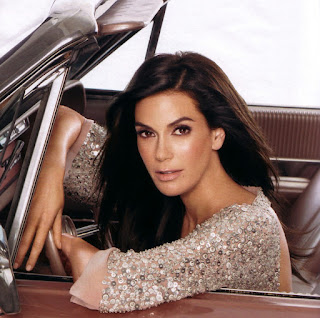 This cover story is featured in Eco Glamazine September 2019 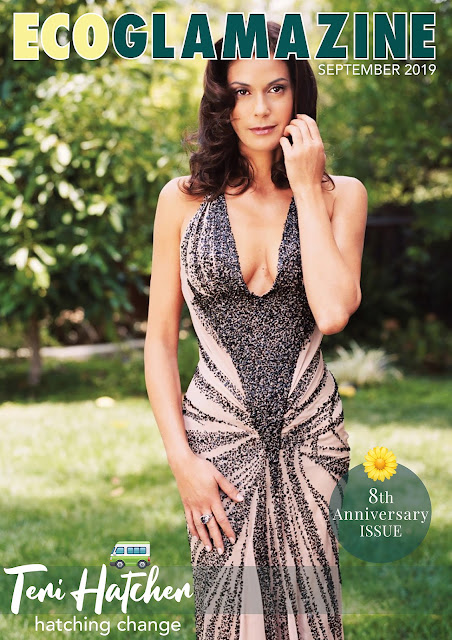