COURTNEY MANGAN: she was the fire 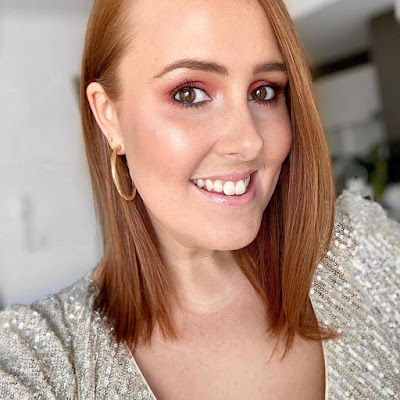 COURTNEY MANGAN she was the fire.

Courtney Mangan is a self confessed stationery lover, productivity pro, successful business woman and skin cancer survivor. This November we're giving you the full report - with details about Courtney's powerful podcast, how she keeps it real on the gram and her inspirational journey to conquer cancer.

dancing in the dark.

Courtney Mangan is conquering her battle with cancer, giving listeners an in-depth insight into her career with her new Podcast She was the Fire and just launched her first solo business - Courtney Mangan Co - a chic stationery brand for the woman on the go. She also manages the crew at a successful PR agency on the Gold Coast - and she's doing all this while under going cancer treatment.

Last December, Courtney shared the shocking news with her devoted Instagram followers. She has been diagnosed with stage 4 skin cancer. She candidly shared her journey in the hopes to inspire and educate her audience, with emotional and intimate IGTV videos along with real and authentic Instagram Stories to bring awareness to skin cancer and promote wearing sunscreen daily.

Courtney was first diagnosed with skin cancer at the age of 30. After the level 4 melanoma was removed from her shoulder, she continued to enjoy life until December 2019 when her cancer returned, after she discovered a strange lump on the back of her arm. This time it was stage 4 cancer.

Courtney: "I had my first melanoma (level 4) in 2017, it was a mole on my right shoulder blade. Then in 2019 I was diagnosed with stage 4 cancer and later re-diagnosed to stage 3b from 2 cancerous lumps found in my right arm. I am currently in the middle of my 12 month cancer treatment called immunotherapy. I have documented it every step of the way. The good, the bad and the ugly, my honest account of living with cancer as a 30 something year old."

Every fortnight on a Friday, Courtney receives her immunotherapy treatment at the hospital. This life saving treatment boosts the body's natural defenses to help fight cancer.

Dealing with cancer is difficult enough, but doing it so openly online, sharing the highs and the lows, is inspirational and very brave.

Courtney: "As difficult as cancer is I have come to see it as a silver lining, and the universe's way of giving me a big kick in the butt."

she was the fire.

Courtney used that kick in the butt, cancer gave her to start her own Podcast. After running a successful podcast network The Spin Studio on the Gold Coast. Courtney stepped into the spotlight, this time with her first solo show.

She was the fire is a self development Podcast hosted by Courtney. She designed this podcast to be a go-to guide for the 20 or 30 something woman looking for advice and hacks on how to ignite her fire, own her crown, organise her schedule ...and live her best life.

Courtney: "Just before my 30th birthday I thought I had life sorted, as a successful business owner driven, fiercely independent with a Louis Vuitton bag in one hand and a piña colada in the other but then sitting in a doctor's office everything came crashing down. Stage 4 cancer. What the f*ck. In an instant this pragmatic and 'I'm too busy to meditate' girl knew she needed to make a change, so I dived head first into becoming my best self." 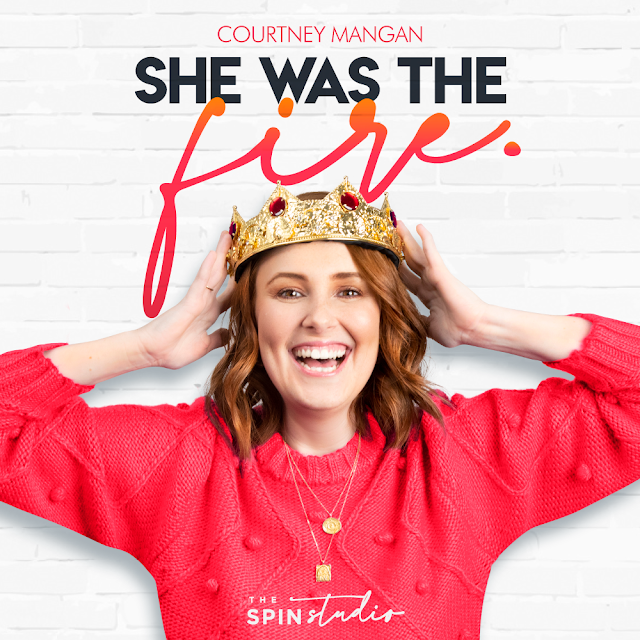 She was the fire is a witty and brutally honest insight into Courtney's life for every aspiring girl boss!

Courtney: "Yes I thought my world turned upside down and I thought I might break, but instead I realised I was the fire and I'm here to help you realise that too. Some women fear the fire, some women simply become it."

New episodes of Courtney's podcast she was the fire are available every Tuesday on Apple Podcast and Spotify.

Did you know? Melanoma kills one Australian every five hours. It's a killer.

After her diagnosis, Courtney teamed up with Game On Mole, an initiative of Melanoma Institute Australia, to help spread awareness about the important of getting regular skin checks.

Courtney: "Protect the skin you're in. Wear SPF every single day!"

In April this year, 5 months after she started her immunotherapy treatment, Courtney received the good news that she was cancer free. She shared some candid photos of the moment she found out and a special message with her loyal Instagram followers.

Courtney: "I AM CANCER FREE and that feels fucking amazing! Thank you for all your kind messages and support, every single one has helped me get through this. Also a huge thank you to my friends, family and the Spin Crew, I couldn't have done this without you."

This year Courtney turned 34, and big things are in store for this fierce career driven PR queen.

Courtney: "The person I am today, would never have come forward, if it wasn't for having such a shitty year. It's through hard times, we learn who we truly are."

Miss Mangan is the ultimate multi-tasking queen, balancing work and life with a dedicated focus on productivity - packing as much into each day as possible. From podcasting, to planning social media content, from managing staff to making to-do lists, from time blocking to her tv addiction.

Spin&Co. is a PR agency co-founded by Courtney & her brother Sam Mangan that first started as a traditional PR & marketing agency, think radio and newspaper. However the company has evolved into a very modern PR brand. These days the Spin Crew manages talent like James Charles and Emily Skye, as well as social media influencers, events and handles all things digital marketing and content creation.

Courtney spends her days working at the Spin&Co. office with her brother Sam Mangan and her talented crew of professionals. Her daily tasks vary each day, as she juggles her important role as Creative Director for James Cosmetics (a luxury skincare brand founded by her brother Sam) with managing the staff at Spin&Co and running the day to day operations of The Spin Studio Podcast network.

Courtney is a very busy entrepreneur who loves to plan and most importantly be productive. She is very down to earth, sharing her self development wins and fails with her 5,000 strong Instagram followers and the loyal members of her Facebook group. She keeps it real on the gram, posting insta-worthy photos along side the unedited raw images.

Courtney: "Stationery is my passion and organisation is my love language." 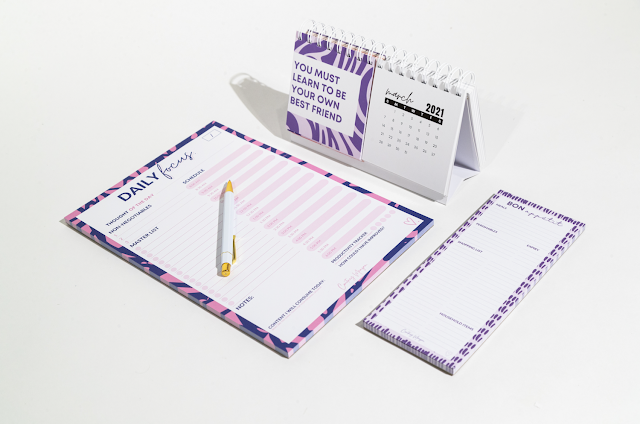 Courtney: "My whole life I have been on the hunt for the perfect planner, the perfect shopping list and so on, but I could never find one that was just right, so I've decided to make my own."

Before her new range of planners, pens and productivity tools launched, Courtney shared all the behind the scenes of building the brand. From the product design to the website, from the product photoshoot to the pretty rose gold packaging. Keeping it real and giving her audience an unseen look into what actually goes into building a brand from scratch. Many businesses just share the wins, but Courtney wants to be authentic, honest and most importantly realistic about the fails, the set backs, the struggles and the massive learning curves that come with owning and running your own business.

Courtney: "Launching a stationery collection has been a dream of mine for years but it wasn't until I received my cancer diagnosis late last year, that I realised life is short."

And her efforts have paid off, with Courtney selling out of stationery on launch day with over 100 orders in just the first few hours after her products went on sale. Every business babe needs Courtney's collection of chic desk essentials and good news they are now back in stock and available for purchase on her website!

Courtney: "I need to start living my dream life and stop being scared of failure or what others may think."

So ladies listen up, if you've ever had an idea for a business, ignite your passion and do it now.  Stop dancing in dark and turn your dreams into reality. Don't wait for cancer or a crisis to kick your butt into gear. Grab Courtney's Daily Focus Planner (and a cute set of pretty Pens, while you're at it) and start time blocking your way to success.