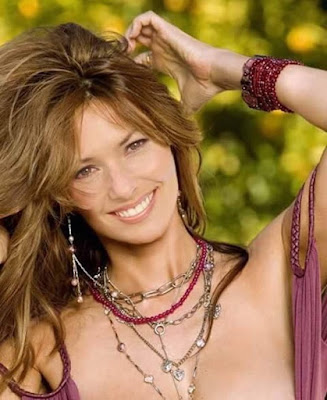 She's not just a pretty face, she's got everything it takes.

Shania Twain was born Eileen Regina Edwards on August 28, 1965. This Canadian born "Queen of Country" is the highest selling female country artist of all time with over 100 million records sold.

She began singing lessons after she graduated high school in 1983. Back then she was just a girl with a guitar who went to Nashville with a dream. But after her mother and step father died in a car crash in 1987 Shania Twain moved back to Canada to take care of her siblings.

In 1993 she signed her first record deal with Mercury Nashville Records and release her debut self titled album. Although we know Shania to be a very talented song writer her first album included 9 tracks written by other artists and only one track co-written by Shania. 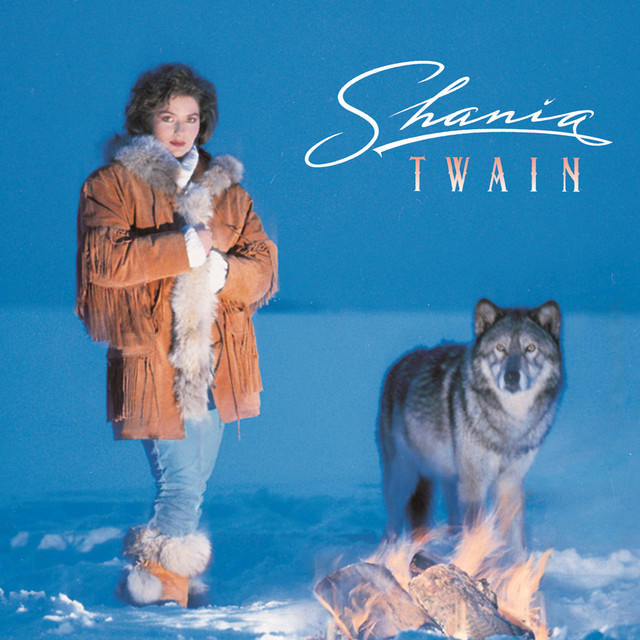 It wasn't until her second studio album, The Woman in Me released in 1995 that fans experienced her talent for song writing, in particular country songs with her writing partner and music producer Robert "Mutt" Lange. The album included her hit songs I'm Outta Here, Any Man of Mine, You Win My Love, The Woman in Me and Who Bed Have Your Boots Been Under.

Mutt Lange and Shania met in June 1993 and became husband and wife 6 months later in December 1993. Not only partners in life but in music - Lange was Shania's music producer, co-writer and husband.

After the success of her second album, Shania released her career defining album Come on Over in 1997. Debuting at No. 1 on the Billboard charts, Come on Over stayed in the Top 10 for over 151 weeks and sold over 40 million copies worldwide! Shania released 12 singles and 9 music videos from Come on Over including fan favourites You're Still The One, That Don't Impress Me Much and Man I Feel Like a Woman! 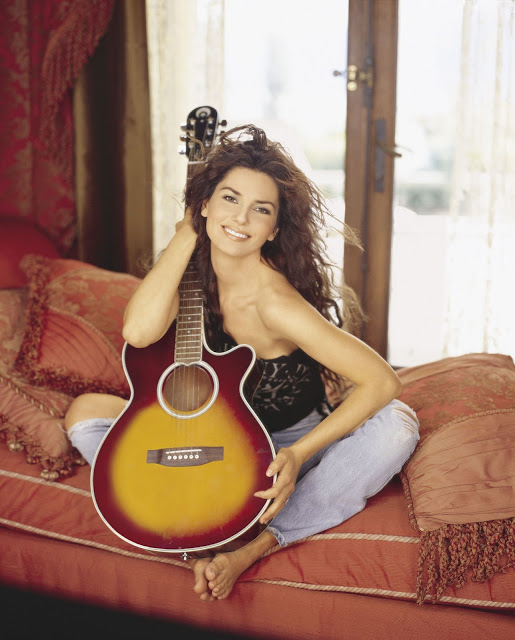 Shania: "Without a doubt, the best way to get to know me is through my music."

Shania spent 17 months touring USA, Canada, Europe and Australia from 1998 - 1999 promoting the album to sell out crowds! Come on Over is the best selling album ever released by a female artist.

After the incredible success of Come on Over Shania took a break from music and gave birth to her son Eja in 2001. The following year she released her 4th album simply titled Up!
This album featured 3 versions (red, green and blue discs) containing different mixes of the same 19 tracks. A diverse and interesting way for fans to enjoy her music. 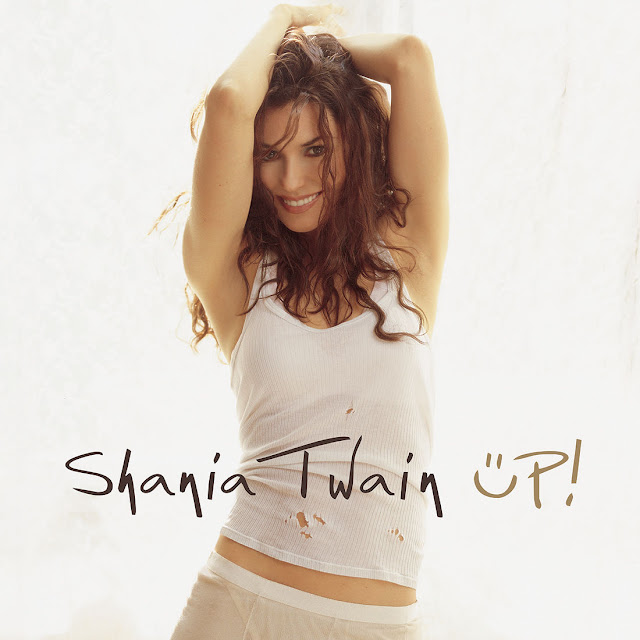 Shania: "For a good 10 - 12 years, I was working non-stop and I wasn't really enjoying my success... I had been working really hard and intense for over a decade, I just had a baby and I was ready for a break and then I was suddenly having a voice issues. I just figured it was fatigue."

Sadly Shania was diagnosed with Lyme Disease. She thought she would never sing again after doctors told her she had permanent partial paralysis in the nerves connected to her vocal cords from her battle with Lyme Disease.

Shania: "It will heel to a degree but I will still have scar tissue, it can never heal 100 per cent. It adds to my anxiety, it's a lot of pressure."

If things couldn't get any worse - during her illness her husband Mutt Lange had an affair with Shania's best friend Marie-Anne Thiébaud. Her fairytale romance was shattered. Shania was heartbroken. The couple announced their separation on May 15, 2008.

Shania: "It's going from believing that it was so wonderful and believing in it to then all of a sudden wow, I guess it wasn't as wonderful as I thought. I think what made my divorce heavier for me in the moment was the fact that it was like I don't think I can handle one more bloody thing like that, how many more traumatic moments can I take."

After 16 years of marriage, Shania and Mutt divorced on June 9, 2010.  Shania admits "I'll always be sad that my marriage ended."

But as they say every cloud has a silver lining and Shania soon found new love with Frédéric Thiébaud (her ex-best friend Marie Anne's former husband). The pair had bonded after discovering their partners had an affair and in a unique twist of fate fell in love and were engaged just 6 months after Shania's divorce.

Shania: "Yes, you can lose somebody overnight, yes, your whole life can be turned upside down. Life is short. It can come and go like a feather in the wind."


Shania and her new beau Frédéric were married in Puerto Rico on January 1, 2011. Later that year Shania released her autobiography From This Moment On which she gives a heartfelt account of her childhood, rise to fame, personal tragedies and her process for healing. 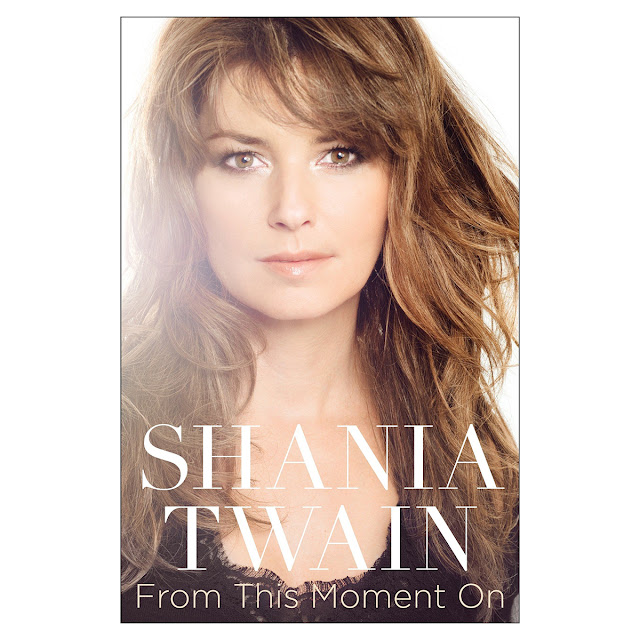 Following her whirlwind romance Shania briefly returned to music with her first single in 6 years Today Is Your Day and began writing her 5th studio album.

Shania: "First I have to finish my new album this winter. Six tracks are already completed. I've written 38 songs in total, and now the process is underway to narrow that down to another six or eight to finish recording."

The following year Shania began her Las Vegas residency with her highly anticipated first Still The One show at Ceaser's Place on December 1, 2012. Her Still The One vegas shows showcased Shania's greatest hits and were a huge success. So Shania embarked on her Rock This Country Tour in 2015 performing 72 concerts in North America.

In 2016 at the age of 51 Shania accepted the Icon Award at the 2016 Billboard Women in Music awards. 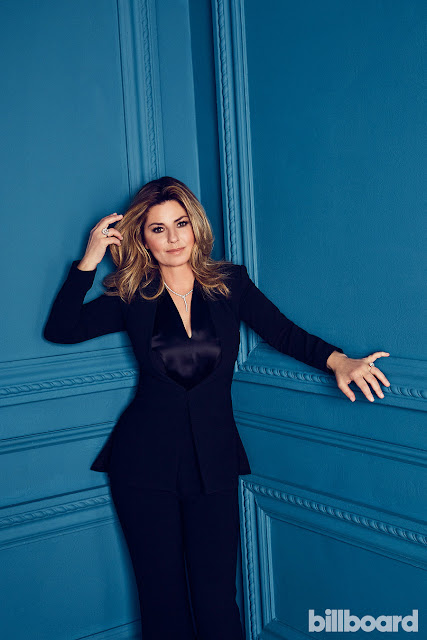 In 2017 the Queen of Country returned to songwriting and released her first album in 15 years simply titled NOW. Every track written by Twain.

Some may call it a comeback, but it's more like a triumphant return to country music from a remarkable woman who has faced tremendous odds and downfalls only to emerge as a truly inspirational singer who provides wisdom and hope.

Shania: "I feel like I'm on top of the world. Honestly, I feel like I've climbed a very giant mountain, and I'm just standing right on top with my arms wide open and breathing rarified air."

Shania's new album NOW features her uplifting new song Life's About To Get Good which truly embodies Shania's new outlook on life. Shania describes her new album as "An emotional roller coaster, and the lyrics reflect that."

Shania: "My voice is stronger today than ever."

Next year Shania will return to the stage performing all her greatest hits for her adoring fans around the world on her NOW World Tour.

Shania: "It's time to get back out there and give the music a chance to live a life!"

Shania Twain is a truly remarkable woman with strength and courage. She teaches us that you can overcome life's toughest obstacles and be triumphant. Shania Twain is a true music legend and her songs are timeless and iconic. And the time for Shania to shine is NOW.

This cover story is featured in Eco Glamazine November 2017.