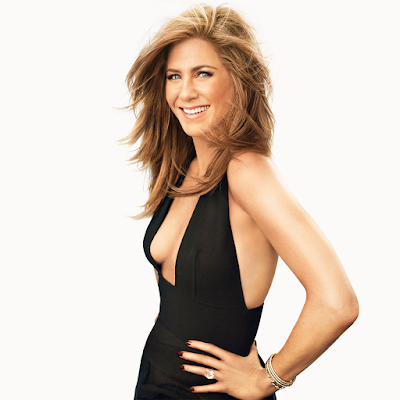 Our 90's issue is devoted to the actress who dominated our TV screens during this decade with her iconic role as Rachel Green.

For 10 years Jennifer graced the sliver screen every week as the Coffee Barista turned Fashion Exec Rachel Green. Rachel was known for more than just dating her on and off again boyfriend Ross Gellar. Rachel was the ultimate Career Girl - cutting up her credit cards after her disastrous wedding with Barry, she picked up shifts as a New York Waitress in the show's iconic Central Perk cafe. After Rachel realises she's not quite cut out for pouring coffee, whether it be at Central Perk or as a Personal Assistant at Fortunata Fashions she pursues a serious career in the fashion industry. Shortly after Green lands her dream job at Ralph Lauren in Manhattan.

In the final season Rachel is offered a well paying job with Louis Vuitton in France. She (almost) leaves for Paris, but changes her mind [spoiler alert] choosing Ross, and returning to her job at Ralph Lauren in New York with an even higher salary. Talk about career goals!

A Cut Above.
And we can't forget about Jennifer's iconic 90's hair cut. Rachel's hair was famous. This unique style, that every woman wanted but only Jennifer had, is featured on the cover of this Eco Glamazine issue. Did you know Jennifer cut hair in high school?

Jennifer: "I cut hair for 10 bucks a head in junior high. I could probably cut your hair."

The Emmy award winning actress not only excelled on screen as Rachel Green but off screen, Aniston's Hollywood career as a Movie Star was moving very fast, starring in 13 films from 1994 to 2004. Aniston's film credits include She's The One, Picture Perfect, The Object of My Affection, Office Space, The Good Girl, Bruce Almighty and Along Came Polly.

During her late 20's / early 30's Jennifer juggled a busy tv schedule on a hit show, one that's filmed in front of a live audience, with a mega movie career (and being married to Brad Pitt!) that's an amazing achievement.

Jennifer: "There are no regrets in life. Just lessons."


After F.R.I.E.N.D.S, Jennifer Aniston's movie career accelerated with even more iconic roles in a long list of romantic comedies including: Rumor Has It with Kevin Costner, The Break-Up with Vince Vaughn, Marley and Me with Owen Wilson, He's Just Not That Into You with Ben Affleck, Love Happens with Aaron Eckhart, The Bounty Hunter with Gerard Butler and Just Go With It alongside Adam Sandler.

As a Hollywood starlet gracing the cover of almost every major fashion magazine and with 20 films under her belt, Aniston pivoted her career from Movie Actress to Movie Producer. Co-founding Eco Films in 2008 - a film company with Kristin Hahn. Together they have produced 6 films so far with many more in the works. Films Jennifer not only produced by starred in as well, talk about multitasking queen! Jennifer's Eco Films include Management (2009) The Switch (2010) Life of Crime (2013) Cake (2014) and Dumplin' (2018).

Top of the Morning.
Jennifer next acting role and Eco Film's newest endeavour is the brand new Apple TV + series The Morning Show. Jennifer Aniston reunites with her Friend's co-star, Reese Witherspoon for this 19 years after Reese played Rachel's sister Jill Green on the show. The pair are back together this time as producers and stars of The Morning Show.

Jennifer's acquired skill of being a multi-tasker in the 90's, managing an acting career both on the silver screen and the cinema screen, prepared Aniston for her powerful role as producer and lead actress in The Morning Show. It's her first tv show since Friends.

Jennifer: "To me, a TV series used to mean a studio audience and five cameras. I got in at 10 and was out by 5. The Morning Show was like doing two films back-to-back over seven months. After a full day of shooting, I'd go home and keep working, looking at cuts, weighing in on casting for the next week, preparing for the next day's work. When the show wrapped, I crawled into my bed for a solid week."

Jennifer's powerful new role is co-anchor Alex Levy at UBA's The Morning Show. Pull back the curtain on early morning TV. Starring Jennifer Aniston, Reese Witherspoon and Steve Carrell, this unapologetically candid drama looks at the modern workplace through the lens of the people who help America wake up.

Jennifer: "It's an incredible cast. It basically takes place in the world of the morning talk shows. Behind the scenes of The Morning Show and all of the behaviour that goes on. We deal with sexism, ageism, gender equality, and there's a big obviously there's the #MeToo of it all. And it's just an exquisitely written show by Kerry Ehrin and an incredible group of writers."

The Morning Show premiered on November 1st. This ground breaking new show is available exclusively on Apple TV + for a monthly subscription of $4.99.

Power of Women.
Ellen Degeneres recently praised Jennifer for her incredible performance in The Morning Show, calling it her best ever.

Ellen: "It's called the Morning Show and it's on Apple, and it's so good. Number one, the series is great. But you are, I think this is the best I've ever seen you in anything and you've done some amazing things. You're so good in this."

Ellen presented her "best friend" Jennifer Aniston with the Power Woman of Hollywood Award at the VARIETY Women of Power Luncheon on Friday October 11, 2019.

Ellen: "I gave you the award Power Woman of Hollywood. You're the most powerful woman."


Before receiving her Power Woman of Hollywood award on October 11, Jennifer graced the cover of VARIETY along with Mariah Carey, Chaka Khan, Brie Larson, Dana Walden and Awkwafina in a special issue dedicated to Power of Women.

"Women are never allowed to have power. Power feels sexy to me today, as does women's intelligence and how capable and creative they are."
- Jennifer Aniston


Jennifer was recognised by VARIETY magazine as a powerful woman, for her devoted work with St Jude Children's Research Hospital. Since 2006 Aniston has been working on behalf of the Hospital and the very important work they do every year treating 8,000 patients. Jen delivers annual PSA's to raise vital funds for St Jude.

Jennifer: "I started doing everything I could, meeting the children, and they're these little heroes. I stay in contact with the families sometimes. Every year, I get this birthday card that St. Jude makes with all their faces on it. And each of them signs it. They are treated like the angels that they are."


Jennifer: "Cancer effects all of us, whether you're a daughter, mother, sister, friend, coworker, doctor, patient."

Join the movement. Donate $20 a month to St Jude Children's Research Hospital to receive your shirt. Take a photo wearing your This Shirt Saves Lives t-shirt. Share it and tag @stjude and #ThisShirtSavesLives


My friends call me Jen.
Jennifer Aniston's co-star Lisa Kudrow maybe the queen of High School Reunions, but 2019 has been the year for Jennifer's most epic reunions. First with Friends, second with Sandler and third with Witherspoon.

This decade Jennifer is going digital. Swapping the big screen for the mobile screen, and trading Hawaii for Italy to star in a new Netflix movie alongside a very familiar face. Aniston reunited with Adam Sandler to film a new movie Murder Mystery for Netflix. The pair worked together 8 years ago on the set of the romantic comedy Just Go With It.

Jennifer: "I've known Mr Sandler for 30 years. We were in Italy for the summer, so that sucked. Adam, of course, always takes care of absolutely every single person, so all the families were visiting and staying in Lake Como and renting hotels and having just a wonderful little Summer vacation while we got to go to work every day in these beautiful surroundings."


The moment commemorated the 25th Anniversary of FRIENDS and the whole cast celebrated the special occasion with posts on Social Media in September. Jennifer missed the online party however her FRIENDS selfie on Instagram broke the internet less than a month later when she joined for the first time. The Aniston effect was in full swing, with Jennifer breaking a Guinness World Record becoming the first person to reach 1 million followers the fastest - her record 5 hours.

Aniston fans known simply as the Faniston rejoiced, celebrating the mementos occasion in style flooding her first official Instagram post with over 500,000 comments. Of course she can't possibly read them all, but none the less fans and celebrities alike welcomed Jennifer to Instagram with comments and hearts.

Everyone's favourite friend is finally on Social Media. Today Jennifer Aniston has more than 19 million followers with her bio reading "My friends call me Jen."

Relive the magic of Ross & Rachel with episodes of F.R.I.E.N.D.S weeknights on 10 Peach.

Fabulous 50's
This year Jennifer Aniston turned 50. Five zero. Despite a few knee injuries Aniston says, "I feel like regular Jen." She's still got it girls! And the movie star turned producer doesn't plan on slowing down past 50.

Jennifer: "I work out four or five days a week. For the last two years, three or four of those days have been with my beloved Leyon, who is my boxing coach. He has given me a love of working out that I've never quite had before. It's mental, it's physical, it keeps your mind sharp. It's something that I actually look forward to - I crave it."

Jennifer detailed her workout and the importance of physical and mental health in the June/July issue of Harper's Bazaar.


From serving coffee at Central Perk to sharing the screen with Sandler to reuniting with Reese, Jennifer Aniston is back and she's bringing her A-game. 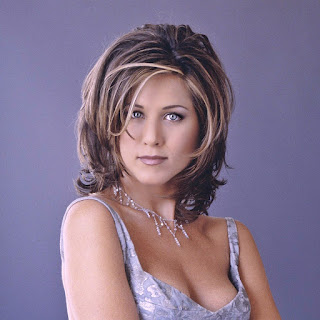 This cover story is featured in Eco Glamazine November 2019 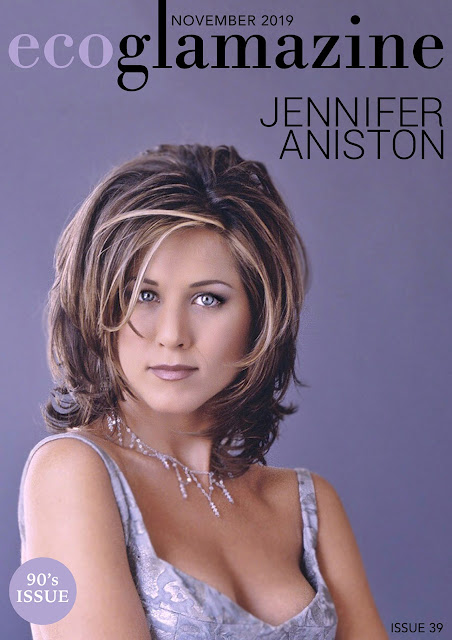