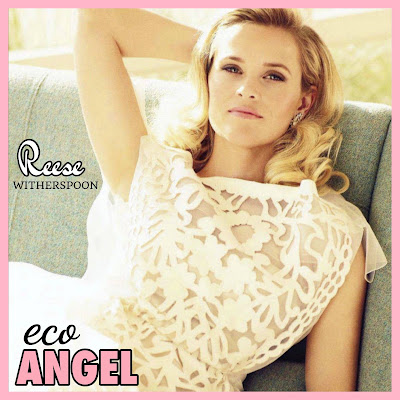 Legally Blonde.
Did you know Reese Witherspoon has been acting for over 25 years! You may know her best as the sweet and sassy Elle Woods in Legally Blonde. Her first film was The Man in the Moon (1991).

Reese: "I was 14. I auditioned at an empty honky-tonk in Nashville after seeing a newspaper ad!"  (Reese explained about her first movie role)

She went on to star in Pleasantville, Election, Cruel Intentions, Sweet Home Alabama, Just Like Heaven and her Oscar winning movie Walk The Line. 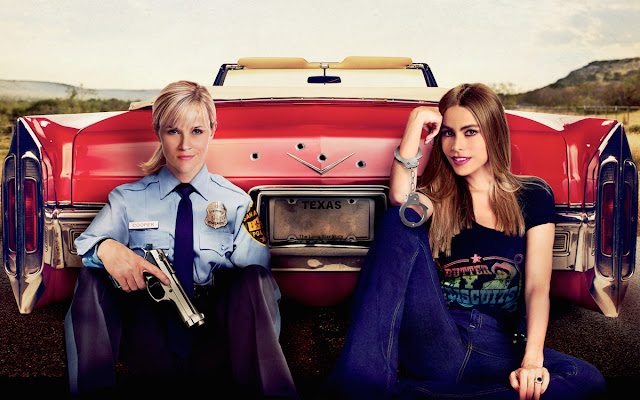 Sofia Vergara: "Reese gave me the opportunity with Hot Pursuit where I was producing, where I was a main character, where I got to play a strong, Latina woman."

Draper Girl.
In 2015 Reese launched her own fashion label Draper James. This Southern - inspired clothing line is available online via and Witherspoon established the flagship store in Nashville. The label bares her family name.

Reese: "I put my family name on it because I believe in it. I travelled all over the South looking for factories - to keep production in the South. I wanted to give back to the place and people that raised me."

Reese donates a portion of sales from Draper James to Girls Inc (a non-profit organisation devoted to empowering young girls.

Reese: “When I started Draper James, it was so important for me to give back to women who are entrepreneurial. Girls Inc. has created incredible programs all over the U.S. that empower women economically.”


Woman of the Year.
This year Reese was honoured by Glamour magazine as one of their 'Women of the Year'. She received the award for her work with Pacific Standard, a production company she co-founded in 2012. The first 2 films Wild and Gone Girl feature women as leading ladies not just side kicks. Reese was even nominated for an Oscar for her role as Cheryl Strayed in Wild (alongside her co-star Laura Dern) Pacific Standard have 32 projects in the works that feature women.

Reese: "I really feel like if I can help one other woman tell her story or help one other woman get a show on a network or make a movie about something that she's passionate about, then I've done my job... "Having a daughter and wanting her to see real women reflected on film is so important to me."

Successful Women.
Reese: "Thirty percent of the people you meet every day are going to lift you up; 30 percent are going to be neutral; 30 percent are going to bring you down. Don't spend your life with the bottom third. Successful women don't have a lot of time for people who don't lift them up. There  are a lot of people in life who want to tear tour down or het involved in their drama. That's a big life lesson that is hard to learn when you're young, but as I get older, I see women weeding people out of their lives. This is healthy. You don't need to be a good friend to someone who's not a good friend to you. You don't even need to be a good daughter or sister or wife to somebody who's not good to you. It goes that far."

“Our Harper dress is my go-to for weekend nights or any special occasion. I love the rich jewel tones (that yellow!) and the fitted feminine silhouette.” — Reese

Ambition.
Reese:  "I believe ambition is not a dirty word. What if we were all brave enough to believe in our own abilities? I think the world would change."

Reese told Women's Health magazine for it's 10th anniversary issue this year, "How wonderful it would be for our culture not to see ambition as an ugly thing within a woman's personality. In our society, when we see women who want to succeed or who view themselves as leaders, it's like 'How arrogant!' Well, I think it's fantastic." 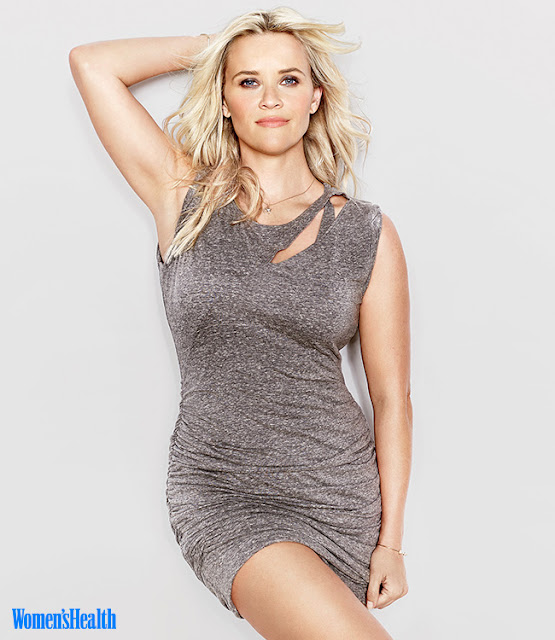 Family First.
Since starring in Wild, The Good Lie, Hot Pursuit and producing Gone Girl recently Reese is taking a break from acting to focus on family.

Reese: "My family comes first. I haven't made a movie probably in a year and a half. I'm focusing on my business, but also I want to spend time with my teenage daughter. "


This strong, sassy, sweet Southern Belle has a bright future in acting, producing and entrepreneurship. Reese Witherspoon is a true Eco Angel and we look forward to more successful movies featuring females and shopping her Draper James brand in 2016. 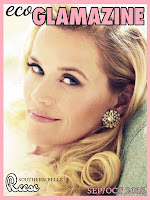 This cover story is featured in our September / October 2015 issue.
Posted by Lauren Day at 5:22 PM