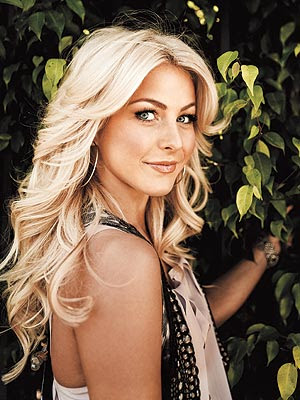 This season's Eco Angel is the multi-talented actress, singer and dancer Julianne Hough.

We first met Julianne back in 2008 as a country music singer, with her debut self-titled album Julianne Hough debuted at number 1 on the Billboard Country Album chart. She followed this with a Christmas album the same year, Sounds of the Season: The Julianne Hough Holiday Collection. In 2009 she won the Top New Artist award at the 44th Annual Academy of Country Music Awards. 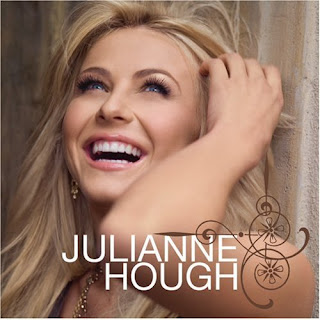 Julianne grew up in Salt Lake City, Utah and by age 10 she was already training at the Center Stage Performing Arts Studio as a latin ballroom dancer. She also travelled to London to study dancing and competed in dance competitions in the UK and the US. At age 15 Julianne won the Junior World Latin Champion at the Blackpool Dance Festival. After graduating from Alta High School in Utah she moved to Los Angeles to pursue her career in entertainment. 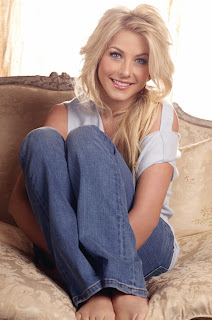 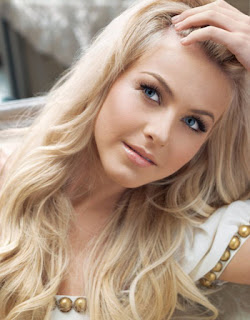 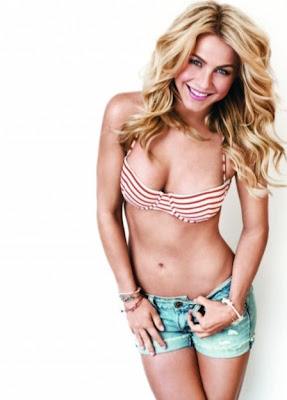 Julianne made her acting debut as the fiery and sassy Ariel in the 2011 remake of FootLoose. Her on screen chemistry with co-star Kenny Wormald made for a perfect pairing as the famous Ren McCormack and Ariel Moore. Her natural talent for acting was obvious with her amazing honest performance. She followed this with her performance in Rock of Ages as Sherrie Christian. In 2011 she was awarded the Rising Star of 2011. 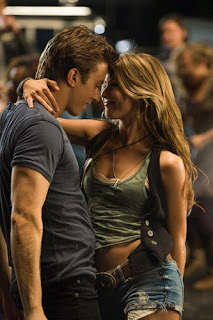 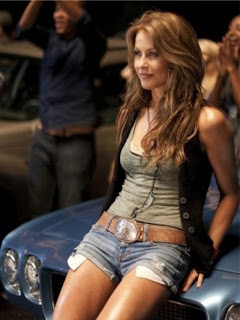 This month she's back on the big screen as Katie in the Nicholas Sparks romantic film Safe Haven. She stars as a girl on the run along Hollywood hottie Josh Duhamel. Her future as a movie actress looks bright. 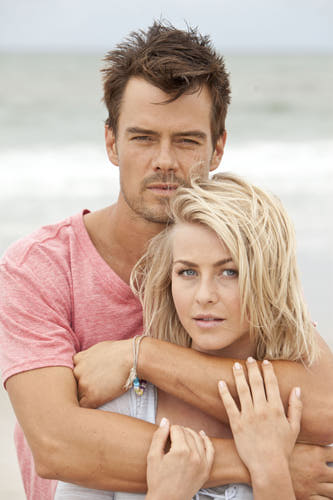 Most recently Julianne dated entertainer and American Idol host Ryan Seacrest although recently they ended their 3 year relationship. Julianne has 2 gorgeous Cavalier King Charles Spaniel pups Lexi and Shadow. Pictured below is Lexi with Julianne in 2009.  Julianne is a healthy living advocate sharing her favourite green recipes on her website. She also shares her Winter Skincare Tips and says "Don't forget your lips... so invest in a good lip conditioning treatment." 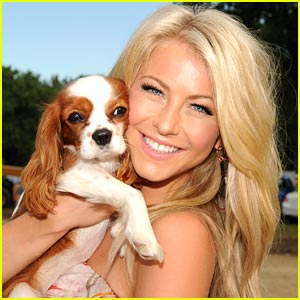 Whether she's acting, dancing or singing this Eco Angel such is talented. With a bright future as an actress and dancer we know we will be seeing much more of Julianne Hough in the future. 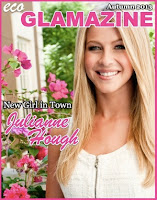 This is a featured cover story article from our Spring 2013 Eco Glamazine.
Posted by Lauren Day at 9:45 PM