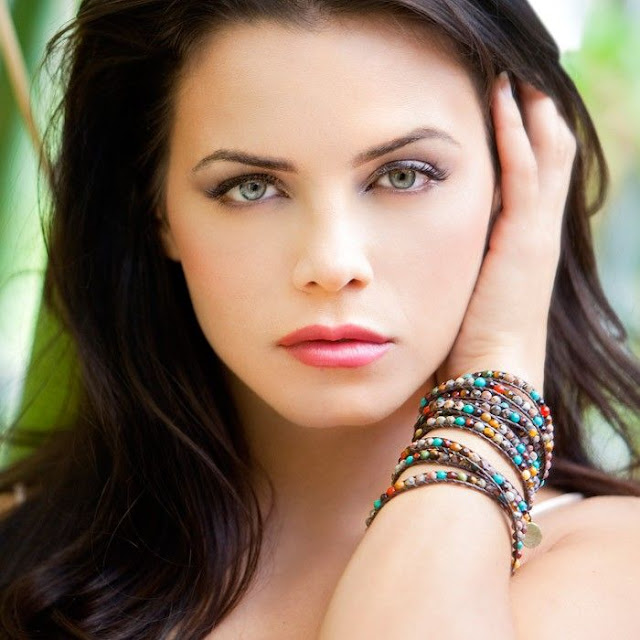 Women around the world may be envious of her, given the fact she is married to one of the hottest actors in Hollywood right now, Channing Tatum. However in our featured cover story this month Jenna proves that she is much more than just Mrs Tatum! 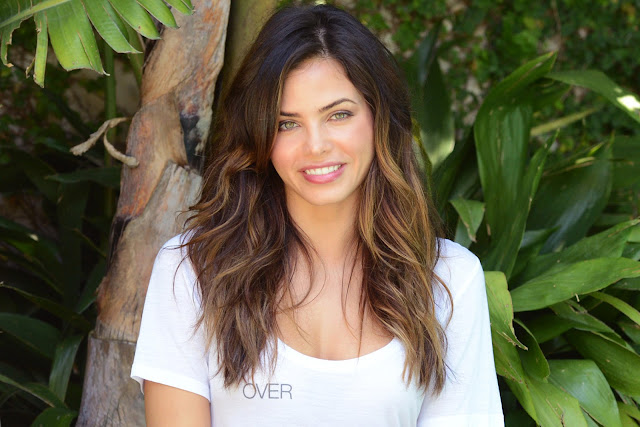 Jenna met Channing on the set of their 2006 dance movie Step Up. Jenna's character Nora Clark a privileged dance student falls for rebellious Tyler Gage played by Channing Tatum. In this romantic film their on screen chemistry was much more than just good acting as the two continued their relationship after the movie wrapped.

They soon became one of Hollywood's hottest young couples and after only 2 years together they were engaged in Hawaii in 2008. Less than a year later Jenna and Channing were married in a romantic outdoor ceremony in a beautiful vineyard in Malibu, California. 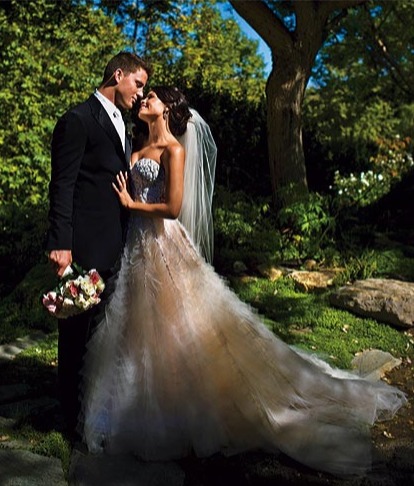 Jenna's interest in dance started at the age of five. This former model from Connecticut began her career as a back up dancer, touring with Janet Jackson, Toni Braxton, Sean Combs and Ricky Martin. She also appeared in several music videos alongside Missy Elliot, Justin Timberlake and Mandy Moore before her big break in the movie Step Up. Jenna also starred in movies such as Take the Lead, Tamara, The Grudge 2 and most recently Setup. Next month Jenna reunites on-screen with her husband Channing Tatum in the upcoming romantic drama 10 Years. 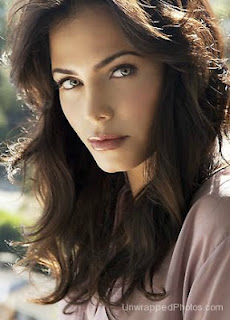 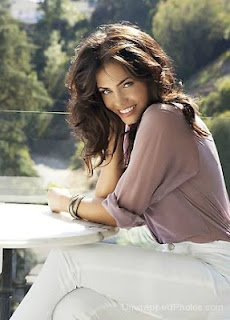 Jenna is known for her charity work with animals. "I've always been an animal lover".  She's a devoted animal advocate and sponsors animals at The Gentle Barn.

Jenna: "When I read about Zeus, an abused pig who'd been rescued from a fair and was at The Gentle Barn, it stuck with me. I started by sponsoring Zeus for $30 a month. Then I visited the Barn, and my time there was transformative. Who says animals don't have feelings? The ones at the Gentle Barn are clearly so happy. Animals and people are connected. We have to treat each other with compassion." 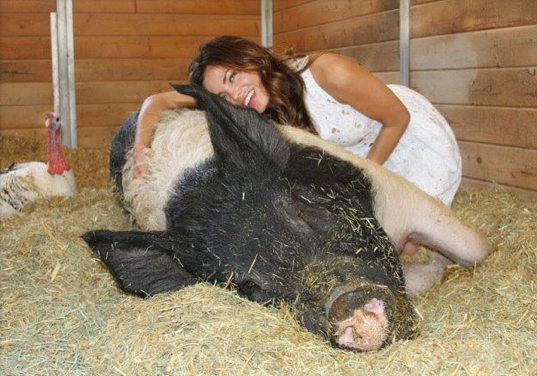 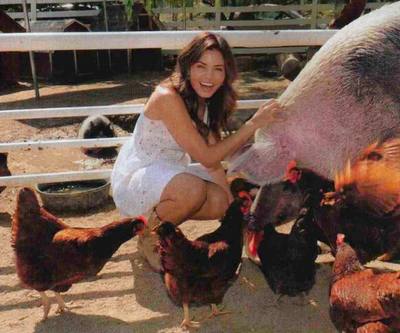 The Gentle Barn rescues and rehabilitates abused and malnourished farm animals. You can help by sponsoring an animal or volunteering to be a cow hugger. Find out more information at GentleBarn.org.

Jenna: "When I'm passionate about something I have to take action. If we can't make the world a better place, then why are we here? Even little things, like having one meatless meal a day, can make a huge difference." 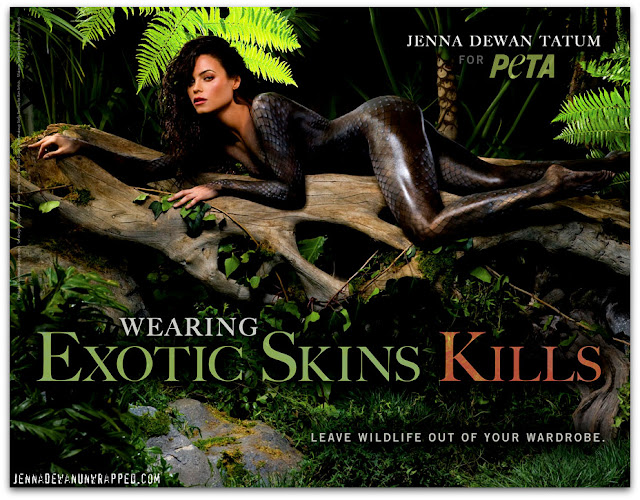 Jenna is also an active animal-rights advocate and PETA Ambassador. She bared all covered in snakelike body paint for PETA campaign to bring awareness to the millions of snakes, lizards, alligators and crocodiles killed each year for their skins. Many of these reptiles are raised in crowded tanks and still alive as their skin is ripped off them.

Jenna: "I couldn't believe that that is what happens for a wallet or a purse." Jenna tells PETA that she is cutting out leather from her wardrobe. "Now that I know what happens to these animals there's no going back".

There are many cruelty-free alternatives to using real animal skins and Jenna encourages others to leave wildlife out of your wardrobe.

Jenna: "One of the best things about PETA is the attention they've brought to animal rights because of their radical ways."


Jenna teamed up with PETA and Energy Muse to design and create this Energy Muse Power Bracelet made with all vegan materials.

Jenna: "I thought: what if animals had a voice? So I designed a bracelet to honour the animals and that represents the wearer's inner peace." 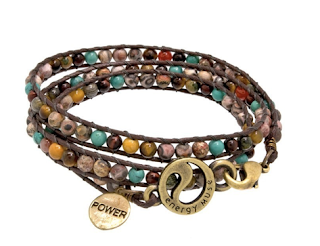 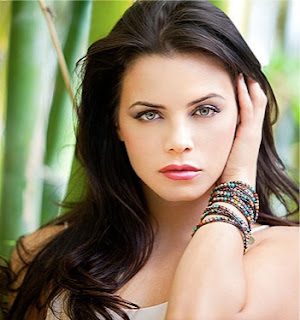 Jenna: "I believe it is important as human beings to be compassionate and respectful towards all of our earthlings. We are all connected. The abuse of exotic animals is inhumane and unnecessary. Please wear this bracelet and join me in honouring your own inner power and the power of these magnificent animals. Together, we have the power to change the world!"

Being a long term animal lover and vegetarian since grade 10 and now an ambassador for PETA, being kind to animals is something that Jenna is very passionate about.

Jenna: "I was a vegetarian because I understood that animals were alive and had moms. Now I'm a vegan because I read a piece on Huffington Post about an owner of a dairy farm charged with cruelty to the cows." 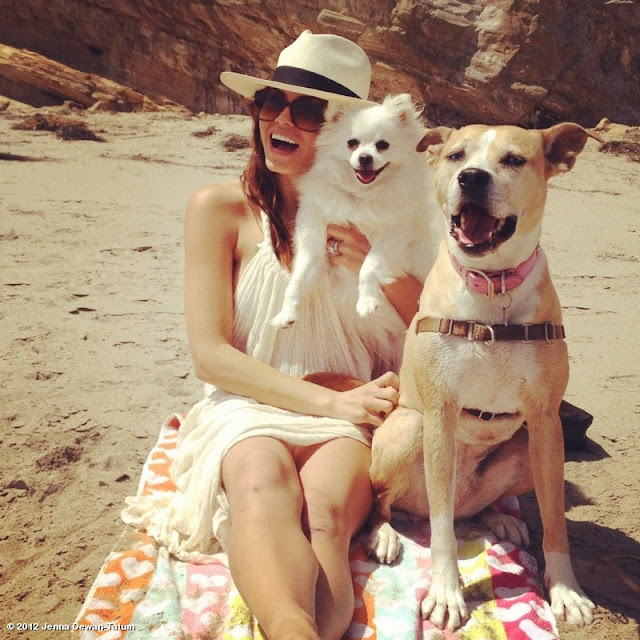 Channing and Jenna have 2 rescue dogs, a 4 year-old miniature Japanese Spitz Meeka and a very playful pit bull mix Lulu. Jenna even brought Meeka along to the set during filming of her show The Playboy Club.

Jenna: "She's the best dog. She has a bed, her blankie and every toy and bone imaginable. It's no longer Jenna's trailer - it's Meeka's trailer."

Last year Jenna played Bunny Janie in NBC's new TV series The Playboy Club. She filmed 7 episodes including the pilot however the show was cancelled after just 3 episodes due to low ratings. Although the show was not a hit with TV audiences, we think Jenna looks pretty sassy and sweet is her pink Playboy bunny costumes.

Up next for this sassy sweetheart is a new role on the hit TV show American Horror Story. Jenna has signed on for the upcoming season with co-star and on-screen love interest Adam Levine. 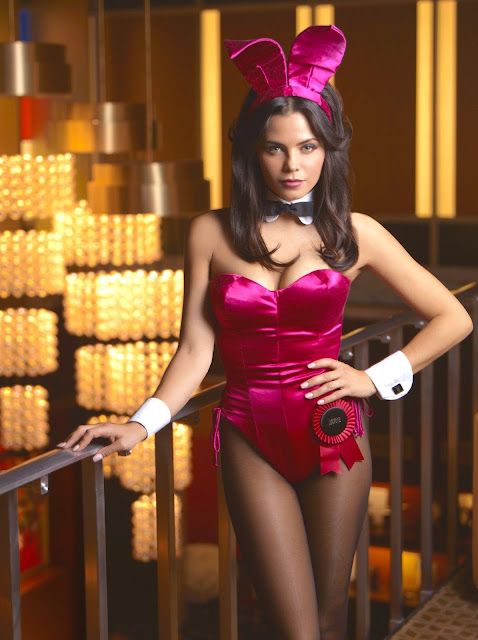 Jenna is sassy, sweet and most of all sincere and very down to earth. She is an absolute sweetheart and we can see why Channing Tatum fell in love with her. Mrs Tatum is a positive role model with a very caring nature and inspires others to live their best life. We just adore this Eco Angel and this article is your insight into the beautiful life of Mrs Jenna Dewan Tatum. 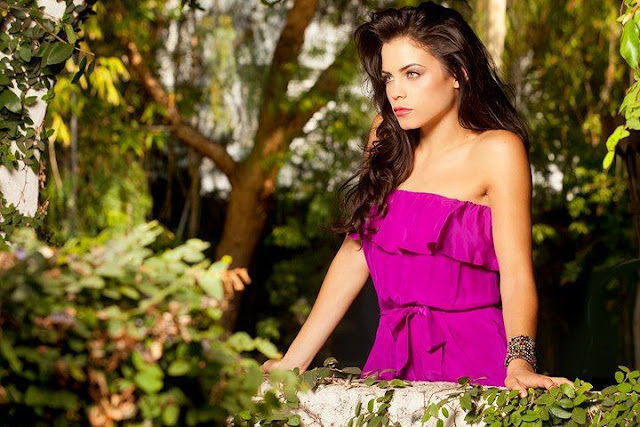 This cover story is featured in Eco Glamazine August 2012. 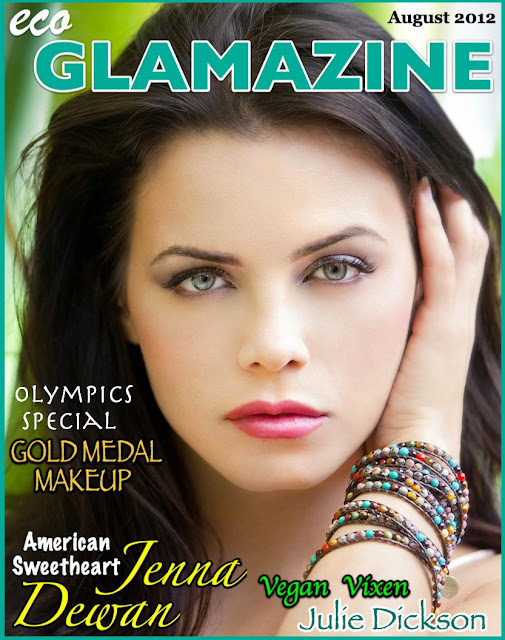