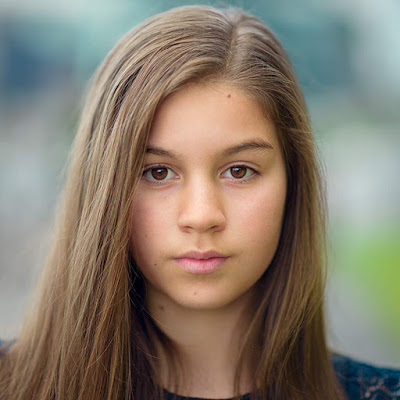 Mariah, can you describe yourself in just five words?


Mariah made her film debut in the 2014 short Milk and Cookies. She later starred as young Nikita in the Australian short film I.M.PRINT in 2016.

Trained at the Greentree Acting school in Victoria then privately coached by film producer and director Kate Whitbread, Mariah's acting credits include film, tv and commercials. Mariah is managed by Ignite Elite Artists.

As a young rising star, what’s your favourite thing about acting?

Mariah: "The feeling of leaving your own life for a few minutes, and embracing a whole new character is so wonderful and enjoyable that it immediately calms me from any stress or anxiety I may be feeling. I also love letting go of emotions that I usually try to hold back, like aggression or anger."

In 2017 Mariah spent three days filming the Australian short film Passage of Flick which was featured at the Sydney Film Festival. In the film Mariah plays Flick, an adventurous young girl who discovers the ability to time travel through a door in her bedroom.

"Mariah shows great range and is a versatile actress. She's so talented at such a young age and is an up-and-coming star of the future."
- Joy Hopwood, Sydney Film Festival


You recently filmed an Australian short film called ‘Passage of Flick’ - What was it like working on set?

Mariah: "The cast and crew members were so lovely, and the whole environment was extremely relaxed and lighthearted. We would be filming an emotional scene, and a crew member would break out in dance. Overall, my filming experience was extremely enjoyable, aside from the forty degree heat!"

‘Passage of Flick’ won best film at the Joy House Film Festival. In this short film Mariah stars alongside actress Monique Fisher, who plays the older Flick. As a young actress Mariah knows the importance of females in the film industry.

There's been a real powerful movement with women in film of late. Have you had the opportunity to work with female directors?

Mariah: "Absolutely. I am so fortunate to be growing up during this time where gender has no bounds. I've been fortunate enough to work with some amazingly passionate female directors, my acting coach and mentor Kate Whitbread was blessed to work on the AAMI Her to Hero campaign promoting women in football."

Mariah: "My passion is to continue to work with more female film-makers and help advocate equality in the film industry."

What’s the funniest thing that has happened on set?


Mariah: "We were filming in a kitchen, and I decided to move an expensive wine glass over to make more room for myself. By only placing a finger on it, the glass shattered in my hand. Everyone rushed towards me, and asked if I was alright, but all I could do was apologize. I remember how much my cheeks burned in embarrassment, but eventually we all just laughed about it!"


When it comes to beauty, Mariah keeps it simple. She prefers a nude natural makeup look for everyday and enjoys using organic beauty products.

Which beauty products do you include in your natural makeup routine?


Mariah: "Each morning and night, I clean my face with Skinstitut products, including a wash, hydrating mist and moisturiser. When doing my stage makeup, I love to use the Too Faced palettes, and other products from Mecca Maxima and Nude By Nature."

We know that you love to dance. What’s your favourite dance style and why?

Mariah: "My favourite style is definitely lyrical, as I can use my emotion to tell a story; something most styles can’t do. I also love listening to sad music, so it’s likely that I will end up dancing to one of my favourite songs."

Mariah: "Honestly, I don’t think that I can choose just one! Some of my favourites are The Hunger Games, Divergent and The Fault In Our Stars, but I obviously have many more."

Mariah's one smart cookie! She loves being creative, not only through her acting but with creative writing. Currently in grade 6, Mariah's favourite subject is English.

Being creative and writing is something you love. Can you tell us more about your passion for writing?

Mariah: "Ever since I could remember, I’ve had the greatest passion for to reading and writing, but I only started to consider it as something I want to pursue in life over the last few years. It’s incredible that I can create whole new worlds and civilizations, and then transport readers there. I have heard many stories of people who say that a novel helped them, and that really is something that I want to do in life."


Can you tell us more about your goals and plans for the future?

Mariah: "Aside from acting, I would really love to become an author, and use my creativity to write novels. This year, I set a challenge for myself, to try and write a novel by the end of December. I’m currently writing Chapter 7, and hope to finish by my deadline."

Creative, confident and charismatic Mariah Cini has so much potential, a born leader this rising star has a very bright future in flicks.

Do you have any upcoming film or TV projects?


Mariah: "I am very excited to announce that a pilot that I've been cast in, ‘Dave’ will be screening in the new ‘Channel 10 Pilot Week’. Also, I have just been cast in a new TV sitcom pilot ‘Get Real Estate’ by the creators of  ‘Rostered On’ which is doing great things on Netflix."

Dave premieres on Channel 10 on Friday August 24th at 8:30pm and Tenplay. 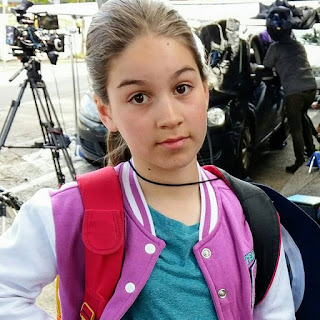 This cover story is featured in Eco Glamazine August 2018 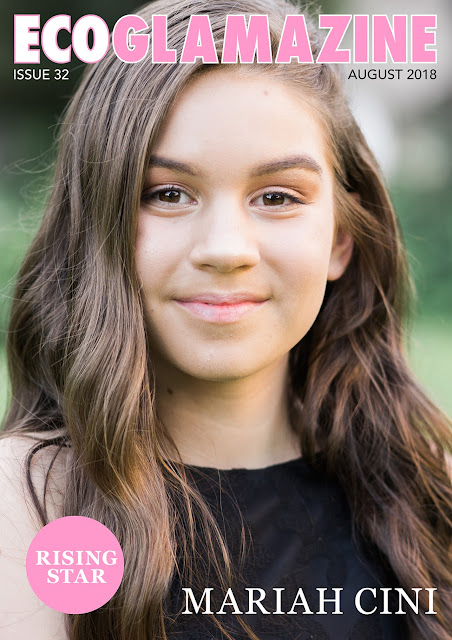