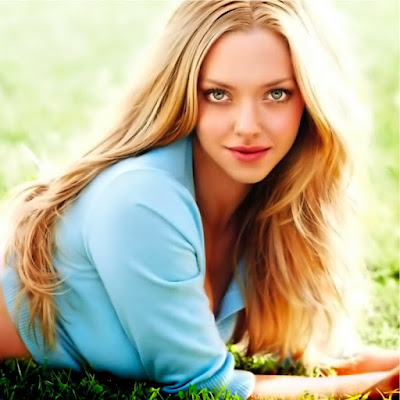 This girl-next-door from Allentown, Pennsylvania stars in this month's animated movie Epic. It's the first time she has voiced an animated character and says, "You're just doing the voice work to nothing and you have to have a really great imagination."  Amanda talks about her role as the voice of Mary Katherine in Epic:

Amanda: "The main reason why I wanted to do it was when I was a kid the backyard was my territory. I explored I used everything I could, I didn't need toys I just needed the flowers, the petals, the grass and the dandelions and all that stuff, the bugs everybody played a part in my little world and it just reminded me of that. I thought that it was a great time to promote nature." 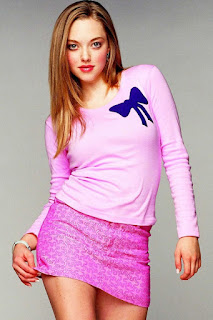 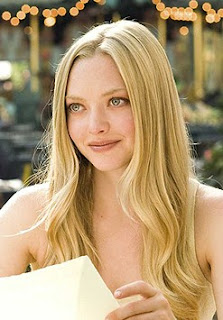 Amanda began her film career in the 2004 movie, Mean Girls as Karen. Following this she had minor roles in several films before landing the lead role in the musical film Mamma Mia in 2008. She sang, danced and acted along side one of Hollywood's greatest actresses Meryl Streep. Amanda is best known for her acting roles in Dear John with Channing Tatum and the 2010 romance movie Letters To Juliet. She also got to play Sylvia Weis in the futuristic drama In Time with her co-star Justin Timberlake. After last year's role in the dramatic musical Les Miserables. She returns to the big screen in 2013 as Missy O'Connor in the romantic comedy The Big Wedding.  It's safe to say Amanda's film career has been very diverse from romance to musicals to action, so far starring in 22 movies.

Amanda: "I just love to act and be on set. I want to make acting my life and get really good roles. No matter what's happening in my life, I can always get lost in the romances of my characters." 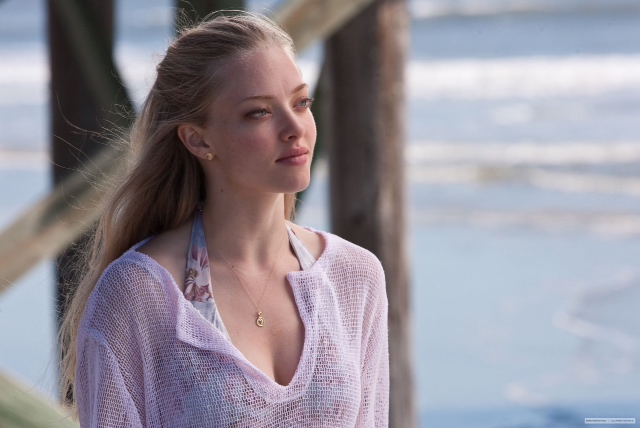 "I just love to act and be on set. I want to make acting my life."
- Amanda Seyfried

This 27 year old starlet has become one of Hollywood's most beautiful actresses. Amanda admits if she wasn't an actress she would have liked to study meteorology. She is fascinated with the weather. Before she became an actress Amanda was a model.

Amanda: "I was naturally skinny and had braces, so I wasn't a cute model. I never felt pretty but it was fun, and I got a cool pay check to buy sweets with". Amanda wanted to become an actress at the age of 10 after watching Romeo + Juliet. She explains, "At 11 I had a crush on Leonardo Dicaprio. Actually, it was not a crush. It was an obsession." 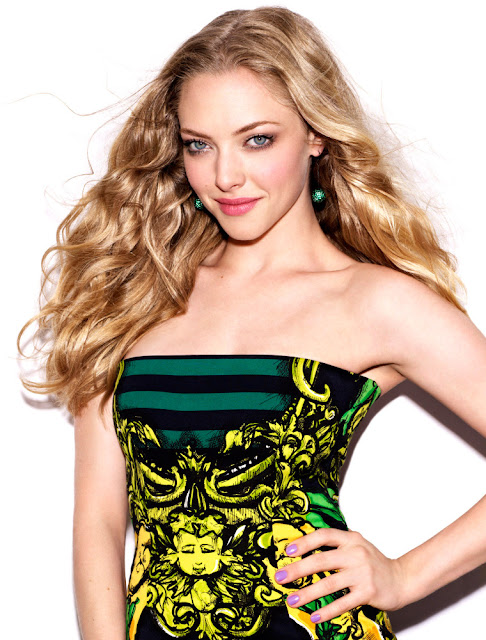 In 2009 Ms Seyfried was voted one of the most beautiful people by People Magazine. She also ranked #3 in Glamour magazine's "50 Most Glamorous Women of 2010".  Amanda then landed herself on FHM's "Sexiest Women of 2011" and Ask Men's "Most Desirable Women" list.  She certainly is very beautiful, but most of all Amanda is down to earth. Amanda's favourite fashion item are her jeans.

Amanda: "I collect jeans. I don't care how expensive they are. I love low-rise, boot-cut, perfect fitting jeans. Jeans are just so sexy, there's something about them that turns me on, you know?" 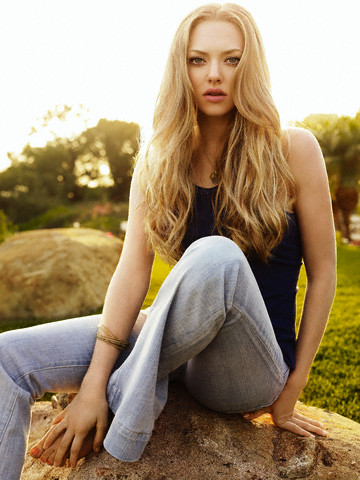 Amanda's best friend is her Australian Shepard dog named Finn. She loves spending time with Finn and shares lots of photos of Finn with her Instagram followers.

Amanda describes her relationship with Finn:

Amanda: "I love animals, but there is no animal has the same kind of place in my heart like Finn does. He cuddles with me and he listens to me and he loves me and he looks at me all the time. Come on, like, people don't praise you like that." 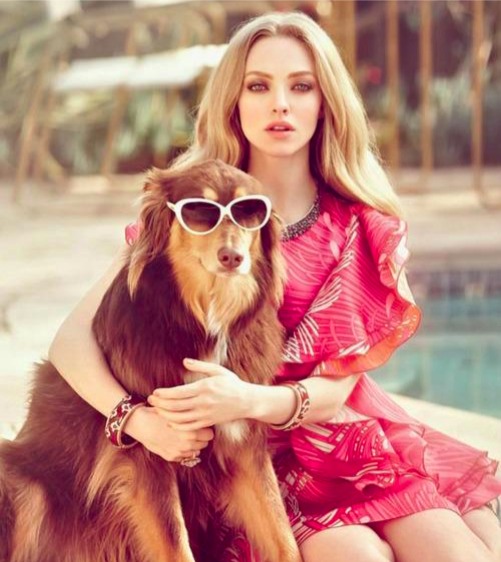 Amanda is also a successful singer and songwriter with her musical roles in Mamma Mia and Les Miserables. She also wrote a song called Little House for the Dear John soundtrack, she performs the song in a scene in the movie.

Amanda: "Sometimes, I would sing around the house for two hours straight, but I didn't want anyone to hear me close. I would sing all the Broadway show-tunes, like, Cabaret. Our cate started hating me. He went from being affectionate, to being almost scared of me. Our theory was that when I was singing around the house, I hit notes that hurt his little ears. That is what I tell myself anyway!"

When it comes to beauty Amanda prefers to keep things natural except when she's acting or appearing on the red carpet. "I don't dye my hair and I can do without makeup. Waxing my legs is pretty much the only thing I have to maintain." Her natural beauty captured the attention of Givenchy and she recently became the ambassador for their Very Irresistible fragrance appearing in the campaign ads and commercials. 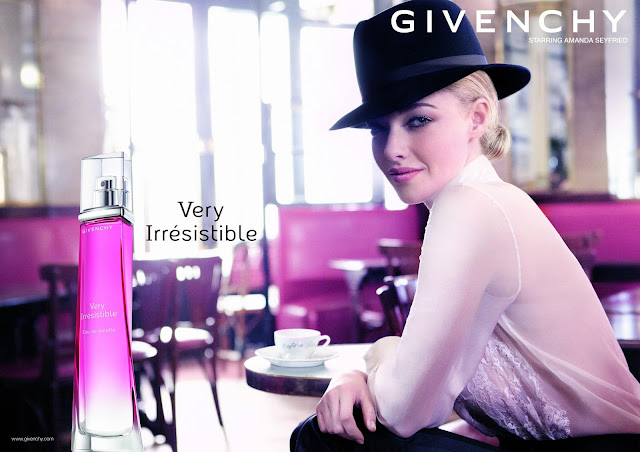 Whether she is acting, singing or modelling, Amanda always does it with style and grace. We have really enjoyed her career so far and look forward to her next big acting role as a brunette in the film Lovelace due out later this year. 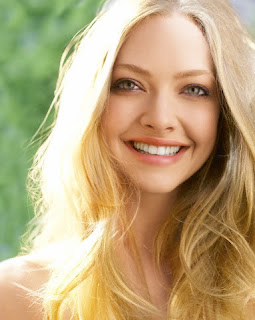 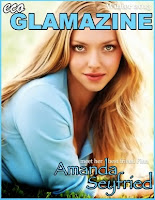 This cover article is featured in Eco Glamazine Winter 2013.
Posted by Lauren Day at 10:25 PM